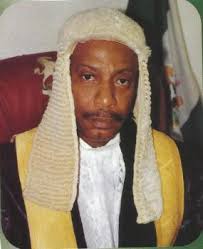 Nine lawmakers including suspended Deputy Speaker, Festus Ebea have suspended Speaker Uyi Igbe in what political observers say a gestapo style sitting.
They were reported to have stormed the assembly complex today in an unmarked bus and broke into the hallowed which was under lock and key. A mobile policeman assisted in the break in.
According to information, the Sergeant at arms took to his heels when the PDP lawmakers stormed the house.
In a sitting that lasted five minutes and presided over by Ebea,, Speaker Igbe and six others were suspended.
Speaker Igbe stormed the chamber with other lawmakers and a free for all broke out.
Tear gas was fired into the hallowed chamber and the lawmakers scampered for safety.
Thugs were at the assembly and police used teargas to chase them away.
More details later.
[myad]