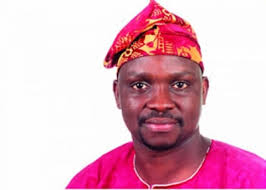 The Economic and Financial Crime Commission (EFCC) has come out to say that the former governor of Ekiti State, Ayodele Fayose, who will contest the same position in the Saturday, June 21 gubernatorial election in the same Ekiti state is still standing trial in court for corruption charges.

The Head of the media and publicity for the Commission, Mr. Wilson Uwujaren told newsmen in Abuja: “Fayose, for your information, is still standing trial on corruption charges before the Federal High Court. That case has been on since 2007. Based on Appeal Court’s decision, the matter was transferred to Ekiti State, where the crime was committed…”

Uwujaren made it clear that the matter is still fresh and he has not been cleared, the case is still in court, though he admitted that it is the Independent National Electoral Commission (INEC) that has the power to determine whether or not he can contest  this weekend’s governorship election. “If the umpire (INEC) believes that the electoral law allows such a person standing trial in court, even though he has not been convicted to stand for election, that is the job of the INEC; it is not for EFCC to decide.

“But by Nigerian Judicial tradition, we assume that he is innocent until proven guilty in court and we cannot at this moment convict him until the court decides.” [myad]