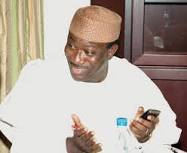 Ekiti State Governor, Dr. Kayode Fayemi has expressed surprise at an attempt, by terrorist gang, on the life of the former Nigeria military Head of State, General Muhammadu Buhari even as he felicitated with Muslim faithful in the country on the occasion of the Eid-el-Fitri.
The Governor, in a statement by his Chief Press Secretary, Mr. Olayinka Oyebode, condemned the attack, saying that had the terrorists succeeded in killing the General, it would have precipitated a chain of reactions an end of which nobody could predict.
He described General Buhari as a man of peace who had surrendered his life to fight for the peace and unity of the country during the civil war and has consistently advocated the oneness of Nigeria.
The governor could not lay his finger on why “such a revered statesman could have been marked for elimination in an unprovoked terror attack.”
The Governor noted that the recent spate of bomb attacks  and general insecurity in the country has made it imperative for Muslims and adherents of other religions to seek the face of God in prayer for divine intervention in the affairs of the country.
Governor Fayemi said the prayer of the faithful is needed now more than ever for God’s guidance for our leaders to have the right approach towards ending the nefarious activities of the insurgents.
He called for cooperation and vigilance on the part of the citizens in the war against insurgency.
“This is the time we all need to come together to tackle insecurity in the country even as we pray for God’s protection over the land.”
Fayemi insisted that the growing level of insecurity is greatly undermining development in the country even as he prayed for peaceful repose for the souls of those who died in terrorist attacks and wished those injured a speedy recovery.
Fayemi congratulated Muslims for the successful completion of the Ramadan fasting, adding that witnessing another Eid-el-Fitri is a special privilege from Allah who has control over the destiny of man.
He said that the 30-day spiritual exercise has drawn the faithful closer to Allah, urging them to keep on practicing the lessons learnt from the Holy month in their relationship with their Maker and fellow human beings.
Governor Fayemi commended Muslims in Ekiti State in particular for their support,  describing them as important partners in his administration’s success story, as well as the peace and stability being witnessed in the state.
He said that Muslims and adherents of other religions in the state have always lived together in peace and harmony, and advised them to continue in peaceful coexistence. [myad]