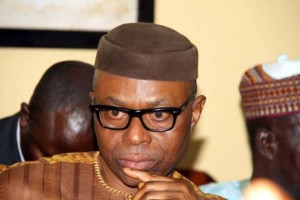 The Ondo State Government has declared Friday as public holiday to enable workers prepare for Saturday’s governorship election even as the Peoples Democratic Party (PDP) is still engaged in blame again against the backdrop of the Supreme court ruling and eventual recognition of Eyitayo Jegede as the party’s governorship candidate.

In a statement today, Thursday, declaring Friday as public holiday, the state Head of Service, Toyin Akinkuotu directed all heads of MDAs to inform workers in their offices.‎

Also in a statement the Secretary to the Independent National Electoral Commission (INEC), Mrs. Augusta C. Ogakwu, INEC said that the Commission recognized Jegede in compliance with the judgement of the Court of Appeal which was delivered yesterday.

The statement recalled that in compliance with an earlier Order given by the Federal High Court, Abuja, on Friday, 14th October 2016 (re-affirmed on 27th October 2016), it had recognized Mr. Jimoh Ibrahim as the PDP candidate for the Governorship election. A full text of the statement reads:

It will be recalled that in compliance with the Order given by the Federal High Court, Abuja Division on Friday, 14th October 2016 (re-affirmed on 27th October 2016), the Commission recognized Mr. Jimoh Ibrahim as the PDP candidate of the PDP for the said election.

The Commission wishes to appeal to the good people of Ondo State to come out and exercise their franchise on the Election Day in a peaceful manner. All the political parties and their candidates participating in the election are also enjoined to play by the rules and cooperate with the Commission to ensure the smooth conduct of the election.

Meanwhile, Jimoh Ibrahim and Modu Sherrif are still kicking, claiming that they are still the authentic flag bearers of the PDP despite the Supreme Court ruling against them. [myad]