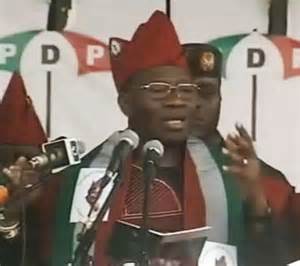 President Goodluck Jonathan has reassured the nation the adjustment of the dates for the 2015 general elections by the Independent National Electoral Commission (INEC) from February 14 and 28 to March 28 and April 11 will not affect his commitment to the sanctity of May 29, 2015 as the terminal date of his first term in office.

The President who was reacting to a flurry of anger being expressed by Nigerians over the postponement of the elections by six weeks, in a statement by his special adviser on media and publicity, Dr. Reuben Abati today, affirmed that “May 29 is, has been, and will remain sacrosanct.”

The President appealed to all stakeholders to accept the adjustment of the election dates by INEC in good faith, adding that the electoral body has a responsibility to conduct credible elections in which every Nigerian of voting age is afforded the opportunity to exercise their civic right without any form of hindrance.

He said that this is not a time to trade blames or make statements that may overheat the polity, “but it is a time to show understanding and support the electoral commission to conduct the elections successfully.”

The President said that INEC’s decision to postpone the elections should not be allowed to generate acrimony, saying that it acted within its powers under the law and in consultation with all relevant stakeholders.

He called on the international community, civil society and the electorate to continue to support the administration’s commitment to a free, fair, credible, and non-violent electoral process. [myad]