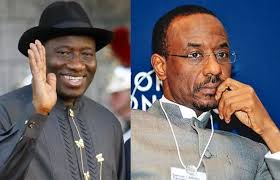 There are indications that the new Emir of Kano, Sanusi Lamido Sanusi will terminate the legal battle he went into with President Goodluck Jonathan and the federal government over his suspension as the governor of the Central Bank of Nigeria (CBN).

His lawyer, Kola Awodein (SAN), has already asked the National Industrial Court in Abuja to adjourn the monarch’s suit.

The lawyer, who appeared for Sanusi, along with Mr. A.B Mahmud (SAN) and other lawyers, told Justice Babatunde Adejumo, that they needed to consult with their client in view of circumstances which had taken place since the previous proceedings.

President Goodluck Jonathan had suspended Sanusi on February 20 following which he sued the President, the Attorney-General of the Federation and the Inspector General of Police at the Federal High Court, Abuja, challenging his suspension.

Sanusi’s term had expired on June 4 and another CBN governor had since been sworn in.

The Federal High Court I Abuja presided over by Justice Gabriel Kolawole had declined jurisdiction to entertain Sanusi’s suit and ordered that the matter be transferred to the National Industrial Court which was competent to hear it, being labour-employment related.

The NIC had adjourned till Friday for parties to argue their applications for stay of proceedings. But the plaintiff’s lawyers asked for an adjournment to consult with their client.

All the parties in the suit, including the plaintiff, had appealed against the judgment of the Federal High Court.

They had also filed separate applications for stay of proceedings pending the determination of their various appeals.

While Sanusi argued in his appeal that the Federal High Court erred to have declined jurisdiction to entertain the suit, the President and the AGF, through their counsel, Mr. Mike Ozekhome (SAN), contend that the judge’s decision declining jurisdiction, was in order.

But Ozekhome argued in his appeal that Justice Kolawole was wrong to have transferred the matter to the National Industrial Court. He contends that the judge ought to have either struck it out or dismiss it.

Meanwhile, the judge presiding over the matter at the National Industrial Court, Justice Adejumo, who is also the President of the court, on Friday urged parties to explore an amicable settlement of the dispute over Sanusi’s suspension.

Before adjourning the matter, Justice Adejumo said he would adjourn for parties to seek ways of ensuring an amicable settlement in the case.

He said unlike any other conventional courts, his court was mandated to encourage disputing parties to ensure amicable settlement.

“I will strongly commend, by virtue of the provision of this court’s establishment Act, that parties seek amicable way of resolving this dispute. In industrial and employment relations the court is not concern about the consequence of its pronouncement on parties alone, but on the entire society.

“In consulting with their clients, counsel should know what to say to contribute to the effort to ensure amicable settlement.”

He then adjourned the matter till July 4 for mention. [myad]