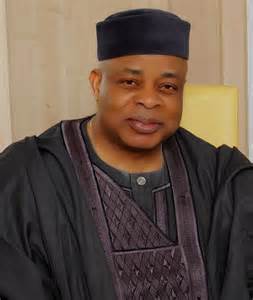 Former Senate President, Ken Nnamani has warned the greatest enemies of the Peoples Democratic Party (PDP) are members of the party working for other political parties.

Senator Nnamani who spoke today at the PDP campaign rally at Enugu South Local Government Area of Enugu State asked the party to be vigilant and avoid hasty celebrations.

“The greatest opponents PDP has are those who left PDP and those who are in PDP but are working for other political parties. The greatest enemies of PDP are PDP members. We have to be very careful so that we don’t celebrate before the victory is achieved.

“There are those who will support PDP in the daytime but at night, they will be in other political parties. We should be very careful of these people before we start celebrating.”

The former Senate President advised the PDP governorship candidate in Enugu State, Ifeanyi Ugwuanyi, to allocate resources to the various local government areas according to the number of votes the party receives from the separate councils.

Also addressing the rally, a former governor of the old Anambra State, Jim Nwobodo, advised members of the PDP to remain in the party even when they fail to realise their personal ambition.

“When you leave a party because you did not get what you want, you will lose out.

“It is better to remain in the party even when you don’t get what you want because you will be rewarded eventually. I urge all those that left PDP to come back.” [myad]