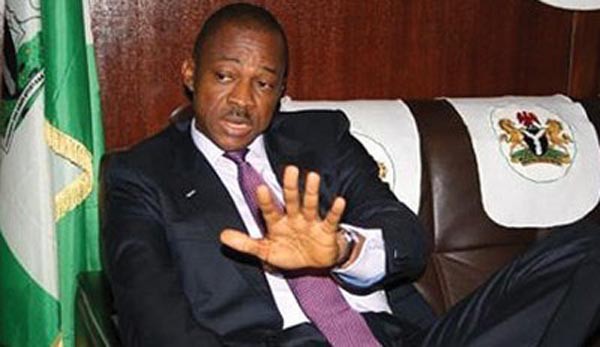 Speaker of the Enugu State House of Assembly Eugene Odoh, leading 14 other members is now at logger-head with his deputy, Chime Oji who is leading eight members, over the moves by the speaker’s group to impeach the state governor, Sullivan Chime for what they called, gross misconduct.

The deputy speaker has not only announced the impeachment of the speaker, Odoh and the sacking of the Majority Leader, S.K.E. Ude-Okoye but also purported to have suspended them along with seven other members.

They also went ahead to recall Hon. Johnbul Nwagu who was suspended by the House about two weeks ago, while also defreezing the accounts of the Enugu State Universal Basic Education Board (ENSUBEB) which was frozen by the Assembly two weeks ago.

But, in an earlier sitting which commenced about 6:28am, the group of 15 lawmakers who had a tough time trying to gain entry into the Assembly complex, having been stopped at the gate by a team of policemen directed the Clerk of the House, Christopher Chukwurah to serve the governor with the notice of impeachment.

They accused the governor of forging the 2012 Supplementary Budget running into billions of naira. Other impeachable offences listed against the governor are alleged inflation of the contract sum for the construction of the new State Secretariat complex from N13 billion to N21 billion without recourse to the House of Assembly,  award of the contract to Arab Contractors Limited even when another contractor submitted a lower bid, as well as using the police to deny the lawmakers access to the House for their sitting on Monday.

The lawmakers had complained that the governor was using some legislators to disrupt the activities of the House and undermine their interest following their refusal to approve the N11 billion loan requested by the governor.
However, the mace was taken away after Hon. Odo adjourned sitting of the House to Tuesday.

But at 7.05am, the G-9 led by the Deputy Speaker and other members of the House including the state Deputy Governor-elect, Hon. Mrs Cecilia Ezeilo walked into the chamber with another mace and  conducted their own sitting.

After a short prayer, Hon. John Kevin Ukuta, who was also suspended by the Odo-led group, moved a motion that Hon. Johnbull Nwagu who was earlier suspended by the House for alleged misconduct,  should be recalled and Hon. Chinedu Nwamba seconded the motion.

The motion was approved by the nine members.

The principal officers among those suspended were also stripped of their positions and benefits.

Ukuta further moved for the nomination of other colleagues to fill the vacancies created by the suspension and went ahead to nominate Chinedu Nwamba, representing Nsukka East constituency as replacement for the suspended Speaker.

The motion was approved and Chinedu Nwamba was immediately sworn in as Speaker of the G-9.
Nwamba who moved to the seat of the speaker, thanked his members for the confidence reposed in him to preside over the affairs of the house and directed the House Clerk to inform the governor of the decision of the House.

Ukuta informed the lawmakers of the letter written by the State Attorney General, Anthony Ani, informing the lawmakers that they had no powers to investigate the Enugu State Universal Basic Education Board, ENSUBEB, saying the recent order of the House freezing of the account of the board was a legislative recklessness.

He said the members of the House should be seen as lawmakers and not law-breakers, condemning the action taken against the board chairman.

Ukuta, therefore, urged the lawmakers to regard the freezing of the ENSUBEB’s account as erroneous and should be lifted immediately .

Emeka Ogbuabo seconded the motion, saying the House erred by freezing the account of the board, saying the petition against the board chairman was not properly handled before the sanction.

The G-9 lawmakers, however, lifted the order freezing the account of the board and directed that the account be immediately de-frozen, while the board was asked to continue dealing with the Chairman of ENSUBEB, Ms. Nneka Onuora.

At 7.50 am, the House adjourned sine die and directed the police and Department of Security Services, DSS, to ensure that nobody was allowed into the House of Assembly complex until further notice. [myad]