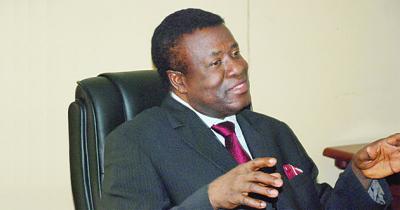 The former governor, who could not hide his anger at the alleged shoddy treatment which PDP allegedly mete to him and his supporters, said that he is confident that Nigeria would fare better under an APC administration with General Muhammadu Buhari as President.
Chief Mbadinuju said that the Boko Haram menace was part of God’s judgment on Nigeria for embracing injustice instead of promoting justice and fairness.

He said that until the leaders give justice and fairness a pride of place, especially in national life, the insurgency would not abate. [myad]