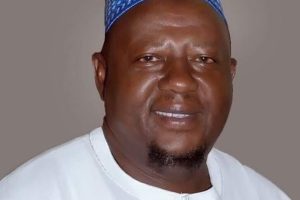 Former governor of Bauchi state, Alhaji Isa Yuguda of the Green Party of Nigeria (GPN) was one of the eight contestants who the candidate of the All Progressives Congress (APC), Alhaji Lawan Gumau, defeated in the yesterday (Saturday) by-election into the Bauchi South Senatorial District.

The Returning Officer of the Independent National Electoral Commission (INEC), Professor Ahmed Sarkin-Pagam, who announced the result today, Sunday, said that Gumau scored 119,489 votes to defeat eight other contestants, among them, the immediate past governor of the state, Yuguda, who polled 33,079 votes.

He said other candidates were Haruna Ayuba of ADC who garnered 1,754 votes; Aminu Tukur of APP who scored 11,717 votes; Usman Hassan of KP with 240 votes; and Huseini Umar of NNPP who scored 22,896 votes.

The Returning Officer gave the scores of the remaining candidates as Usman Chaledi of PDC, 1,203 votes; Ladan Salihu of PDP, 50,256 votes, and Mrs. Maryam Begel of SDP, 3,800 votes.

The News Agency of Nigeria reports that the bye-election was conducted to elect a representative for Bauchi-South Senatorial District, sequel to the death of Senator Ali Wakili on March 17.

With the outcome of the bye-election, APC in Bauchi now has only one senator because the other two, Isa Misau and Nazif Gamawa, formerly of the APC, have defected to the PDP. [myad]