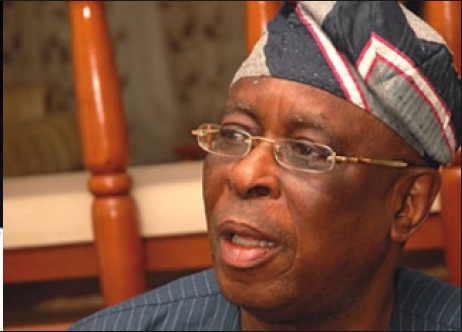 Former governor of Ogun State, Chief Olusegun Osoba, has insisted that the National Leader of the ruling All Progressives Congress (APC), Asiwaju Bola Ahmed Tinubu has the right to contest for president in 2023.

Osoba, who spoke today, January 5 in a television programme in Ogun State, advised politicians in the Southwest to unite in order to achieve success in 2023, adding that there was a “gentleman agreement” for the southern part of Nigeria to produce the country’s next president in 2023.

He said that though there had been so much noise from the Southeast on the jostle for the presidency, but that nobody from the region has contacted him or other key members of the party on the matter.

“On the South-East quest for the presidency, nobody from the region has contacted or consulted me to lobby, to even say they are interested in the 2023 presidential election.”

Although, Tinubu has not publicly declared his intention to vie for the presidency, there are insinuations in several quarters that the ex Lagos State governor would vie for the nation’s highest political office in two years’ time.

Oshiomhole Tried His Best, But Mired In Internal Wranglings He Could Not Manage – Tinubu

Oshiomhole Has Not Done Anything Wrong For Him To Resign Or Be Removed –...