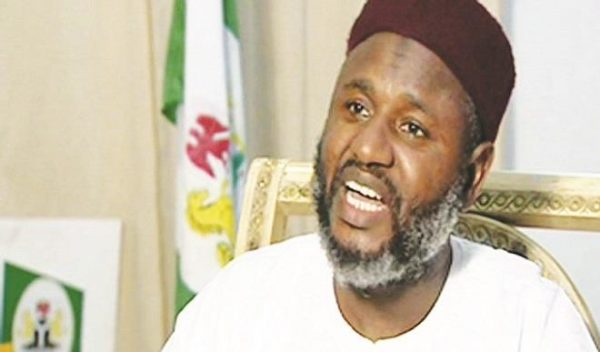 Former Governor of Zamfara State, Senator Ahmed Sani Yerima, has declared his intention to run for the 2023 presidential election.

Sani Yesriman, who announced his intention 5today, December 16, at a media briefing in Abuja, said that he had stepped down on three occasions to enable President Muhammadu Buhari to get the presidential ticket of the defunct All Nigeria Peoples Party (ANPP) and All Progressives Congress (APC).

The ex-governor also denied claims that the party leadership had agreed to zone the presidency to the southern part of the country in 2023.

“You see, I don’t think there is anything like agreement. You can ask Mr. President, he led the group, Asiwaju was there, I was part of it, there was no meeting I didn’t attend or any meeting that I attended that there is such agreement.

“(Such an) agreement can’t be verbal; it has to be written. In any case, any agreement that is contrary to the laws of this country is not an agreement. The constitution is very clear, the Constitution of the political parties, the Electoral Act. We are in a democracy and democracy is governed by processes and procedures and by laws.

Sani Yerima, who ruled Zamfara from 1999 to 2007, will be remembered by Nigerians for the controversial introduction of Shariah Law in the State in 2000.

He was elected a senator in 2007 and remained in the upper legislative chamber till 2019.

Ex Zamfara Gov Swears He Did Not Steal, Challenges Anyone To Prove Him Wrong

Zamfara Gov Sacks Emir of Maru, One Other For Allegedly Supporting Bandits

Ex Zamfara Gov Swears He Did Not Steal, Challenges Anyone To Prove Him Wrong