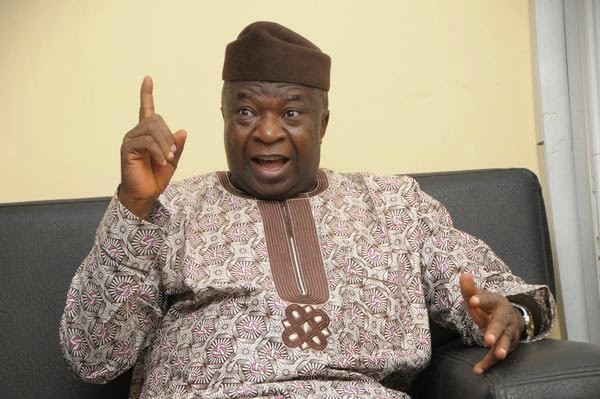 Ekiti State Governor, Ayodele Fayose has dismissed the impeachment notice served on him by the 19 All Progressives Congress (APC) lawmakers in the State House of Assembly, saying that he is yet to be served any impeachment notice.

This is even as he made it clear that whoever wants to impeach him should first impeach God, describing himself as an Israelite.

“I’m like Israel that is in the midst of enemies but will always prevail. Whoever wants to remove me will first have to impeach God.”

He said the APC people were trying to get at him because he wholeheartedly supported President Goodluck Jonathan’s re-election bid. They are doing all these just to get at me because of my support for President Jonathan and I have no regret for supporting the president.

Fayose, who spoke at a participatory programme; “Meet Your Governor” aired on the State Television, EKTV, Ekiti Radio, Progress FM and NTA, Ado Ekiti today, described those plotting his impeachment as the same enemies of Ekiti State that plotted his exit from office in 2006.

“Nobody served me any impeachment notice. I only saw the notice online like every other person.”