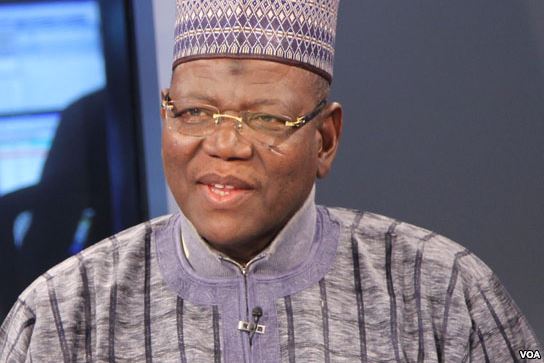 Former Jigawa State Governor, Sule Lamido, has ascribed the recent endorsement of the Labour Party (LP) presidential candidate, Peter Obi, by former President Olusegun Obasanjo, to the fear of the strong personality of both the Presidential candidate of the ruling All Progressives Congress (APC), Bola Tinuu and that of the opposition Peoples Democratic Party (PDP), Atiku Abubakar.

Lamido. who spoke on Friday, in his hometown, Bamaina in Birninkudu Local Council of the State, described the endorsement of Peter Obi by his former boss, Obasanjo, as coming from the fact that Obasanjo is being haunted by the strong character and personality of Tinubu and Atiku.

“Obasanjo is my boss. I believe in him. He made a mistake to endorse another candidate outside the party that made him what he is; a party which gave him the importance, the relevance and the image to be able to do that.

“He is doing it because he is angry with Tinubu and Atiku. What is their crime? Tinubu has a strong character and personality, so also Atiku. The fear of having people, who are very strong in character, is what is haunting him. With Atiku or Tinubu, he will not have the monopoly he is having over Nigeria.

“The problem is people fail to realise that when a party honours you, and dignifies you, and makes you what you are, you need to be more circumspect. For me, Obasanjo is talking because he was a president.

“If he was not, will he talk like this? Whatever he is saying now is because he was a president under which party? PDP.

“PDP honoured him and dignified him. This is a leader, who should be more inspiring, who should set agenda for Nigeria so that his disciples can follow, which is what we call legacy in life.”

“I have a very clear political history. I have my own belief and conviction, and those who share this belief and aspiration came together to form the PDP. PDP formed a government in Nigeria. Today, if you remove PDP from the Nigerian history of 25 years, what will you have?”