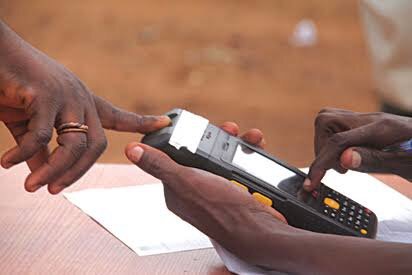 The Independent National Electoral Commission (INEC), has announced that for the first time in the history of election in Nigeria, it will transmit the forthcoming Anambra State election electronically.

“With all facilities in place and with the electronic transmission of results, I tell you that Anambra election will be embarrassingly transparent. This will build confidence in our electoral system.”

The assurance was given by the INEC’s Resident Electoral Commissioner (REC) in the state, Dr. Nwachukwu Orji, at the weekend in Awka, the state capital during a voter education and sensitisation forum for Persons With Disabilities (PWDs) and Women groups.

The programme was organised in collaboration with the International Foundation for Electoral Systems (IFES), the United States Agency for International Development (USAID) and the Consortium for Elections and Political Process Strengthening.

Dr. Orji who was represented by INEC’s Head of Voter Education and Publicity, Samuel Nimem, said that the Commission has put facilities in place to achieve an all inclusive electoral process, during the November 6, election.

According to him, Anambra election will debunk all the ideas and beliefs that INEC rigs elections or commits electoral fraud.

“INEC is ready on every stage for the election. The electoral materials that got burnt recently in an attack have been replaced, non-sensitive materials have been distributed to all local government areas and training of officials and ad-hoc staff is ongoing as I speak to you.

“We have pasted and presented voters’ register to the political parties fielding candidates, we have published the final list of candidates and we have been engaging stakeholders to ensure security at polling units.

“We have increased polling units to 5,720 to increase access to all voters and we are carrying out aggressive voter education and sensitisation, appealing to residents to exercise their civic responsibilities.”

Dr. Orji called on the People With Disability (PWD) to actively participate in all aspects of the electoral process as the Commission had made adequate provisions in terms of voting aids.

“PWDs are very important citizens, so we give them special attention by creating an inclusive environment.

“You need to participate fully in the electoral process because you are all citizens of Nigeria and have the right to vote and be voted for. I assure you that we are doing all we can to ensure your safety.”

Orji called on the residents not to feel unconcerned about election matters, saying that it is an opportunity to vote in the candidate of their choice.

Also speaking, Mrs. Amina Yahaya, from IFES, said the organisation is committed to any course that would advance the development of PWDs and women.

“We are supporting this programme because we want the vulnerable groups to be actively involved in the electoral process because they have the right to vote the leader of their choice.”

In her presentation, Mrs. Dorothy Bello, Deputy Director, Civil Society Organisation, said that women and PWDs were critical stakeholders that should not be ignored during elections.

“INEC has the mandate to organise a free, fair, credible and inclusive election; and PWDs and women need to exercise their rights to vote and be voted for, without discrimination.

“This forum is to tell you that INEC is creating an enabling environment for all, irrespective of your status. This programme is to educate you on how to exercise your voting rights without any barriers.”

Appreciating INEC for its efforts so far, Ugochukwu Okeke, Chairman, Joint National Association of Persons with Disabilities (JONAPWD), Anambra State chapter, promised to mobilise PWDs to participate in the election.