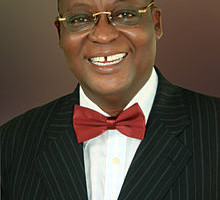 The former National Publicity Secretary of the Peoples Democratic Party (PDP), Prince Dayo Adeyeye, has formally defected to the All Progressives Congress (APC).

Adeyeye made this known in a press briefing in Ado-Ekiti today, Tuesday.

He said that he decided to join the APC because he wanted to free Ekiti State from the clutches of Governor Ayodele Fayose.

Adeyeye said that despite the intervention of some PDP leaders that he should reconsider his stance to leave the party after he failed to clinch its gubernatorial ticket in a primary election recently, he had to join former Governor Kayode Fayemi in the APC to redeem the state.