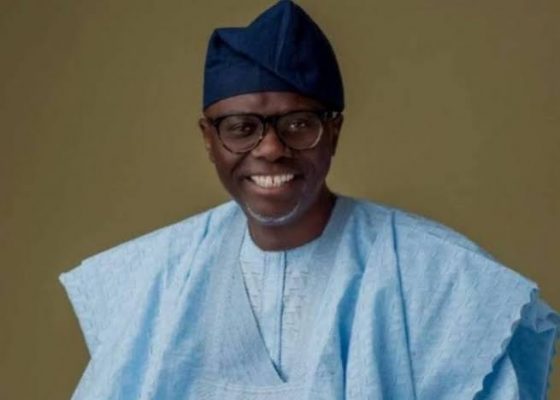 The National Commissioner of the Independent National Electoral Commission (INEC) in charge of Lagos, Ondo and Ogun states, Dr. Adekunle Ogunmola, has advised the Lagos State governor-elect, Babajide Sanwo-Olu to begin his tenure by reconciling with opponents in the last elections.

Dr. Adekunle Ogunmola, who  presented the certificate of Return as governor-elect to Sanwo-Olu, asked the governor-elect to be magnanimous in victory, emphasizing the need for him and his deputy, Dr. Obafemi Hamzat to pursue reconciliation and close ranks with their opponents.

He reminded them that tolerance of opposition remains a key foundation of constitutional democracy even as he made it clear to them that electorates need to be served with good governance.

This was even as the state’s Resident Electoral Commissioner (REC), Sam Olumekun, described Sanwo-Olu’s victory as rancor-free and that international observers adjudged the Lagos governorship election as free, fair and credible.

Sam Olumekun however, lamented apathy among voters in some constituencies, with particularly reference to Eti-Osa Constituency 1, which recorded a four per cent voter turnout; a development he described as unprecedented.

“The Lagosians have spoken and they spoke loudly with their votes. The task to move the state forward rests squarely on you and I urge you not to look at what happened during the campaign period. It is time for governance. I pray God be your guardian in this task.”

See also:  2023: We'll Have Our President In Southeast If Nigeria Deny Us - Igbo Youth

In his six-minute acceptance speech, Sanwo-Olu promised to lead an all-inclusive government, even as he extended a hand of fellowship to his opponents in the governorship race.

He expressed joy that his victory was not tainted by violence and bloodshed, stressing that the process was free and fair.

“Our resolve to lead the state as governor and deputy governor is not about our personal welfare and that of our families, but a determination to build a state that all of us will be proud of. We will not disappoint Lagosians for the confidence reposed in us to lead on their behalf. We promise to lead a government that will be responsible and that will work for the greater majority of residents.

“Whatever happened during the campaign period belongs to the past. It’s time for reconciliation and the state must move forward. Therefore, we will not engage anyone or group based on their political affiliation, ethnic nationality or whether they voted for us or not, we are all Lagosians and we will run a government that will work for all.”