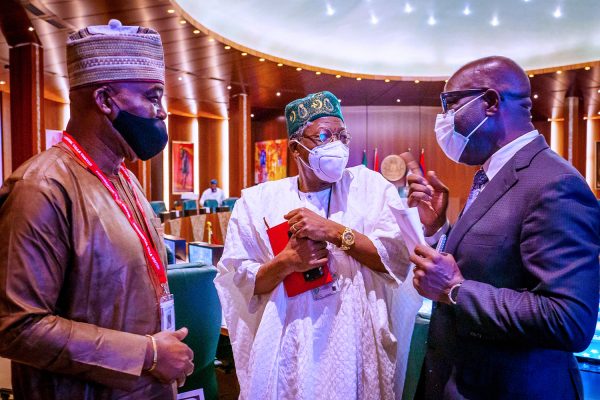 The governor-elect under the Peoples Democratic Party (PDP) for Edo State, Godwin Obaseki has described the concept of Godfatherism in democracy as being worse than military rule.

“So, if we allow that sort of situation to continue, it will be worse than military rule. When people who have nothing at stake, no checks and balances just arbitrarily decide that this is the way the constitution should be interpreted or constitutional players should operate, that’s why problems come in.”

Asked whether he would want to be godfather after his second-term tenure, the Governor, who crossed carpet from the All Progressives Congress (APC) a few weeks to the election, said: “God forbid that I become a godfather. I should be dealt with accordingly because it’s dangerous to the concept of democracy.

“I have said in several fora that the whole concept of godfatherism is very dangerous to our democracy. And that is why when we came into the political fray 2006/2007, the mantra then was to get rid of godfathers from our political life.”

Obaseki regretted that there was so much bitterness during the campaign leading to the election, saying: “I can assure that most of it did not come from my camp because. We were not desperate but that is neither here nor there.

“We also have to appreciate the role of the social media. The impact of social media technology is at all time high.

“So, it’s not that in the past such hurtful words, hateful speeches were not used but it was never at the level of proliferation and spread as it has had now because of social media. We will continue to try and heal the land.

“Fortunately, it doesn’t show that Edo people are divided; it shows essentially that Edo people have come together under one umbrella that is what the election has shown.

“We will continue appeal to those who are outside our umbrella to work with us for the benefit of our people, because, what is the purpose of election anyway? Is it not a contest for who will rule the people better? If the result of this election has shown that Edo people trust that I will, at this point in time, be able to govern Edo better, give them what they want at this time, then everybody should join me so as to be able to accomplish that goal.

On whether he would consider returning to the APC, Governor Obaseki said: “I couldn’t have contested one a party, won on that party and then consider moving to another party. It is not the kind of thing to do, it’s not the right thing to do and I am sure you will not encourage me to do that.”

He said that he learnt one thing from President when he was with him today, when the President said that he wanted to leave a democracy that is built on integrity, accountability and hard work. “Those were his words and I subscribe totally to that. It will not show integrity, it will not demonstrate somebody that has ethical or moral foundation to do what you asked about.”