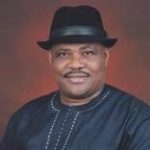 A None Government Organization (NGO) known as Concerned Citizens of North East Nigeria (CCNEN) has appealed to members in the two chambers of the National Assembly and governors from the troubled North Eastern parts of Nigeria to quickly intervene by asking the federal ministry of education to separate, by a week, the dates for the conduct of West African Examination Council (WAEC) and the Joint Admission and Matriculation Board (JAMB) Exams for the students in the zone.
In a statement signed by the group’s President, Alhaji Mohammed Kachalla Abubakar, the group also called on the two exam bodies to consider shifting one of the Exams: the WSSCE or JAMB from April 12 to April 19 to give the affected students opportunity to take part and to ensure a fair treatment.
The group said that
Parents and guardians have since late last year, registered their Wards for the two examinations and affording them their right to education.
“But for the students from the North Eastern Nigeria, covering Bauchi, Gombe, Taraba, Adamawa, Borno and Yobe states, they may not have this golden opportunity or right and their parents’ efforts may be in vain.”
The group recalled that because of the current security situation in Borno and Yobe states, the federal ministry of education relocated students of Federal Unity Colleges from those states to Bauchi, Taraba or Gombe states to write their WSSCE, while for the JAMB exams they are to write in the centres they registered.
“Meanwhile, during the registration exercise, students were forced to register in centres far from where they lived, thus students living in Gombe for instance, were forced to register in Ganye which is over 400 kilometers apart. “And for those students that earlier registered in Yobe and Borno states now having their exams in Gombe, Bauchi or Taraba, the case is the same.
“Recently, JAMB indicated that its exam will hold on Saturday, 12th of April, a day after a rigorous brainstorming and tight exams on Friday 11th.
“On that day, Students would write English Literature and Computer Science 1& 2, to end by 5:00pm.
“The questions here are, what kind of magic will a student writing exam in Bauchi use to take part in JAMB exam in Ganye the following morning, having finished his exam at 5:00pm? Will those affected students forfeit one of the exams (WSSCE or JAMB)? If so, is it not going to affect their timely entrance into higher institution? Is it not denying the affected student their right to education?”
The group reminded the authorities that youths are the wealth and assets of any nation, and are also the future leaders, adding that giving them fair treatment, especially in regards to education is not a right but a compulsory duty to all.