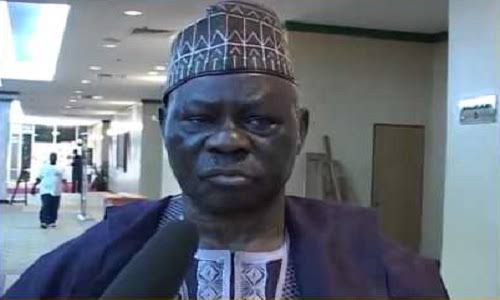 Leaders of the Igala speaking people in the Kogi East Senatorial District are already putting their acts together in their determination to wrest power from the incumbent from the Central Senatorial District, Alhaji Yahaya Bello in the November 2, 2019 governorship election in the State.

Part of the scheme is for the over 40 aspirants of Igala extract to the governorship position from different political parties, to step down for one another when the heat is on, and a committee has been set up by the elder’s council of Igala people to prune down the number of aspirants from 43 to four before the party primaries which the Independent National Electoral Commission (INEC) scheduled for August this year.

The decisions and the setting up of the committee was made on May 1st at a meeting elder’s council, convened by the former national chairman of the Peoples Democratic Party (PDP),  Senator Ahmadu Ali which was he held at his residence at Maitama area of the nation’s Federal Capital Territory (FCT), Abuja.

Those who were close to the meeting said that about 43 aspirants to the governorship position from different political parties attended it with Professor Seidu Ogah and Elder Obolo Okpanachi offering the opening prayers.

Information has it that the convener, Ahmodu Ali gave a brief run down of why the meeting was called.

Among other delicate issues raised, he reminded the Aspirants that the Igala Nation is known for its Kingly attitude, as it wasn’t known for losing wars.

He was quoted as saying that like Republicans whose attitude has to be “me, or no one else,” which he said was the very reason, “why we are where we are today.

He further stressed that even the Western world whose democracy we are practicing, are not living up to the true tenet of what democracy is about, referring to democracy as Government  of,  by and for the people.

“The recent election in the United States is one evidence, where the Electoral College determines everything, and not the popular vote.”

The Chairman of the Screening Committee, Sule Iyaji, was also quoted as reminding the aspirants that without the love of the people at heart, there can be no contest in the governorship election.

He unveiled the criteria for selection as follows;

Transparency will be the guiding principle.

Collate, aggregate, quantify and arrive at a clear figures of scores.

Other considerations such as EFCC investigations and others, will be key.

The Aspirants were  admonished to ensure they are always alert and ready for series of emergency sessions, to ensure the deadline is worked with, putting in view, the closeness of the governorship election.

The essence of getting 3 , of the over 40 Aspirants, is to reduce to its barest minimum, the issues of money politics in governance structure.

Senator Ahmodu Ali opened the floor, for few Aspirants to , on behalf of their colleagues, make input . Among the few who spoke include:

He stressed on the need to ensure the ideals of our founding fathers is rejuvenated in our time. He admonished his co-Aspirants that whoever emerges, the rest should use their professional expertise to support the consensus candidate to succeed, but before, during and after the election.

He was passionate about the security of both the Aspirants and our people. He spoke decisively on modalities being put in place, by the Retired Senior Military Officers at ensuring the security of lives and properties in Kogi state, and plans being made, to halt the reoccurrence of what happened during the February and March elections.

He began by causing a little uproar, when he pleaded with the Honourable House to express his thought in English. Not because he isn’t fluent in his mother tongue, but just to passionately press home his intent. After much ado, H.E Sen Ahmodu Ali gave him the go ahead, as it was emphasized that there might be those amongst us, whose tribal inclination to the Igala Nation, may warrant some thoughts to be shared in English.

SB Oma was glad to inform the audience how happy he was, especially as it touches on the unity of the Igala Nation, for the first time in history. He pleads with all, to accept the outcome of the entire process, since the unity of our people, should be the driving force, behind the Aspirant’s intents.

He suggested that, in addition to the 8 points listed by the Screening Committee, Aspirants should be allowed to engage amongst themselves, in an open secret vote, in choosing the consensus. He also added that a peace accord should be organized so Aspirants will sign, to show their commitment towards this just course.

He was emphatic to conclude that if this plan sees the light of day, all of us, would have left behind, a legacy that will stand the test of time, which other tribes and ethnic nationalities will emulate thereafter.

Other speakers includes, the PDP Zonal Chairman and the Representative of the APC. Both of them advice on the need for the parties to be Carrie along, in the selection process, as they have knowledge of the Aspirants contesting on their platforms.

Aspirants, agreed to contribute 150,000naira each, for the smooth running of the Secretariat of the Screening Committee and other logistics involved.  H.E appreciated all for coming, and admonished us not to be deterred as victory shall be ours in the end. Elder Obolo was asked to say the closing prayer. The meeting was brought to a halt at 2.55pm.