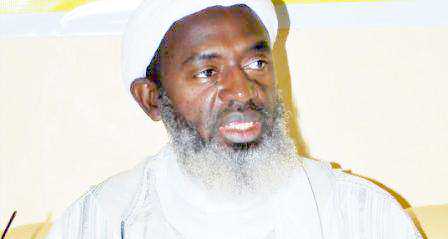 A Kaduna-base Islamic scholar, Sheikh Ahmad Gumi has offered an advice to the Presidential candidate of the Labour Party (LP), Peter Obi on what to do to win the Presidential election ahead of the candidates of other political parties in 2023.

Speaking to news men in Kaduna today, September 12, Sheikh Gumi said that Peter Obi needs to reach out to other segments of Nigerians instead of dealing only with youths.

“Relying on youths is not enough. He has to be all over the place, and not leaving politics to one region.”

He advised Nigerians not to vote for a novice but experienced politician, even as he took an assessment of the presidential candidates of the All Progressives Congress (APC), Bola Ahmed Tinubu and that off the Peoples Democratic Party (PDP), Atiku Abubakar.

He however, advised that Nigerians should do away with ethno-religious politics in this 21st century, and come together as one united people for the progress of the country.

Sheikh Gumi warned that if an inexperienced politician is voted into power, he will find it difficult to assemble the best brains within a short time framework to set the nation working progressively.

He noted that it took President Muhammadu Buhari over six months to appoint ministers and government officials because he (Buhari) was an inexperienced politician.

“Nigeria is now in the 21st century, people are more educated now. What Nigeria needs now are people with competence.

He attributed social injustice and poverty to the insecurity in the country, adding that almost every household feels the pains of socio-economic hardship in the country.