Home NEWS POLITICS I Have Personal Interest In Who Lead APC At All Levels –... 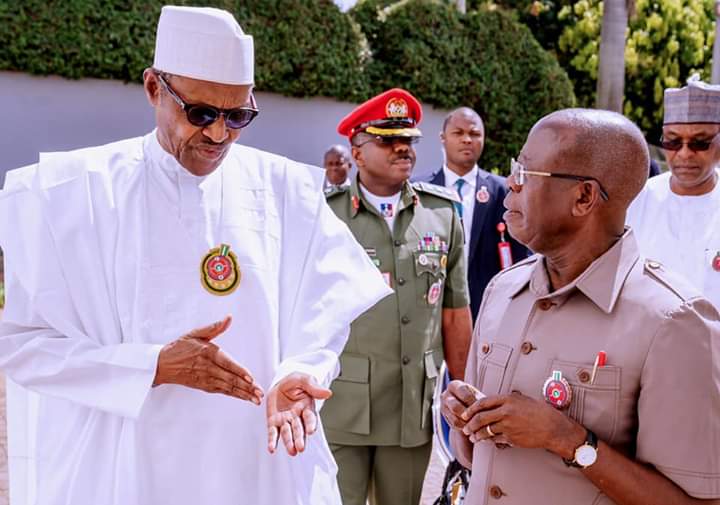 President Muhammadu Buhari has made it clear that he has personal interest in who lead the All Progressives Congress (APC) at all levels.
Addressing chairmen of the party who visited him today, December 6 at the presidential Villa, Abuja, the President advised that only members with solid base from the grassroots to national level should be allowed to represent the party in elective positions.
“I want you to revisit the constitution of the party sooner than later. Your election will soon hold and I am going to take personal interest to make sure that the bottom-to-top is maintained and people are elected by their immediate and subsequent constituencies.”
He stress the importance selfless service by leaders with all their might and see their ‘‘chairmanship’’ as part of national service.
President Buhari also stressed the importance of ‘‘bottom-to-top approach’’ which he said would ensure that only popular party men and women represent the party’s interest at the national level.
‘‘In my own opinion, this is necessary so that Nigerians will know and understand that whoever sits in your states has the support of your respective constituencies from the state, to the local government, wards and polling units.”
In his remarks, the National Chairman of the party, Adams Oshiomhole said that  the National Working Committee (NWC) had decided to extend financial support on a monthly basis to all states chairmen to enable them run their respective offices effectively. 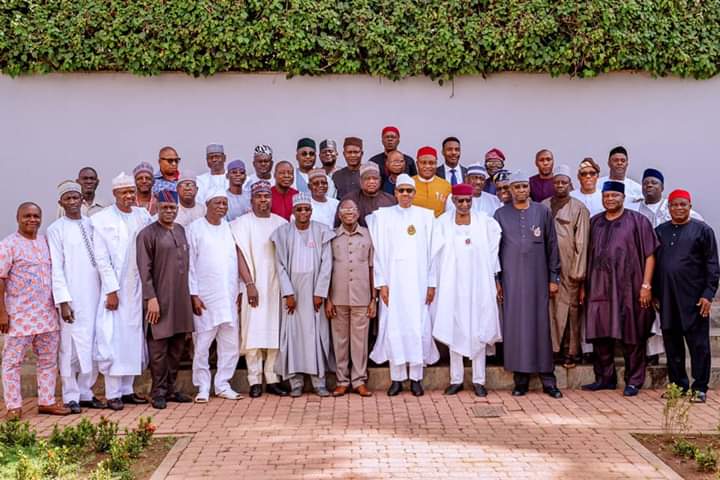 ‘‘Whatever support we (NWC) are giving them is a small token in relation to the huge responsibilities entrusted to them.’’
Oshiomhole thanked the President on his recent directive on Board appointments, noting that party members were looking forward to filling some existing vacancies in government and contribute their quota to the vision of the Next Level Government.
Also speaking, the Chairman of the 36 State Party Chairmen of APC, Hon. Ali Bukar congratulated the President on his victory in the February 23 presidential election which was also reaffirmed by the Supreme Court.
Bukar said the success of the Buhari administration in the economy, security and governance sectors must be sustained so that Nigerians will enjoy the dividends of democracy.

Muslim-Muslim Ticket: It’s Been Emotional Situation For Me – Tinubu

Without Buhari, I Would Not Be APC Presidential Flag-Bearer – Tinubu