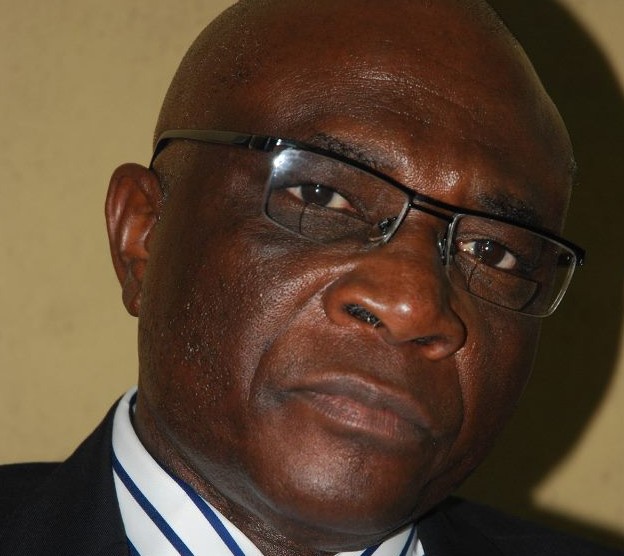 Director of Media and Publicity to the Presidential Campaign Council of the ruling All Progressives Congress (APC), Bayo Onanuga, has wondered why Nigerian media is interested in promoting what clearly is a fake news.
Media report has been trending on the involvement of the Presidential candidate of the APC, Asiwaju Bola Ahmed Tinubu, in drug dealings and money laundering in the United States of America.
The report was said to have emanated from a document purportedly released by the United States District Court for the Northern District of Illinois, indicting Tinubu in drug dealings and money laundering in Chicago
The documents which went viral since yesterday evening, November 8, gave the details of Tinubu’s alleged indictment in drug deals and receipt of illegal money while in the U.S.
The 56-page document sought to confirm that Tinubu has been facing conviction on narcotics charges in the US, especially with the regard to the fact that he forfeited up to $460,000 to the U.S. authorities in 1993.
Onanuga described the documents in circulation as a “campaign of calumny,” adding that “The Muckrakers are back in business.”
Onanuga, on his Facebook page wrote: “The Muckrakers back in business.
“The Tinubu traducers on Tuesday (November 8), returned to their usual campaign of calumny, this time waking up the carcass of a drug allegation in America that was buried in 1993.
“Long after the campaign failed in 2003, it resurfaced weeks to the primary election of the All Progressives Congress. “The opponents thought it was lethal enough to make the APC disqualify Tinubu from the race.
“It failed spectacularly and Tinubu went on to win the primary with a landslide. The muckrakers are back again with the same story, dressed as ‘certified true copy’ from the U.S Court.”
The APC campaign media and publicity director, said that he had perused the new document and dismissed it as the same old tale.
“It is as dead as a dodo,” Onanuga said and made reference to a section of the campaign’s FAQ’s manual.
“One of the unconscionable and wicked lies peddled by political opponents about Bola Ahmed Tinubu was to paint him erroneously as a drug baron.
“The accusation arose out of an investigation by FBI agent Kevin Moss of Tinubu and Compass Investment and Finance accounts at First Heritage Bank and Citi- Bank in the U.S.
“On January 10, 1992, Mr Kevin Moss requested and obtained a court order to freeze the accounts.
“On January 13, 1992, Mr Moss telephoned Tinubu in Nigeria to justify the amounts in the accounts, running into $1.4 million. Part of the money was said to have been deposited by two Nigerians, being investigated for drug offences.
“After the telephone conversation, Tinubu instructed his lawyer in the US to file a lawsuit against the order freezing his accounts.
“This dragged on till 15 September 1993, when an agreement was reached for an out of court settlement. Judge John A Nordberg, of the US district court for the Northern District of Illinois, read out the agreement reached by the two parties. Part of the funds, $460,000 was seized by the government.
“The FBI never charged Tinubu with any drug offence; the case did not go on trial. Tinubu was never convicted. And he was never barred from entering the United States.
“In 2003, ten years after, when the PDP opponents wanted to use the shuttered allegation to disqualify Tinubu from running for a second term in Lagos, the Inspector General of Police, Tafa Balogun made an enquiry with the American Consulate on Tinubu’s status.
“The Consulate gave Tinubu a clean bill in a reply by the Legal Attache, Michael H. Bonner.
“The letter read: “Our sincerest greetings to you and all of the law enforcement personnel in the Nigeria Police Force, whose continued assistance is very much appreciated. In relation to your letter, dated February 3, 2003, reference number SR. 3000/IGPSEC/ABJ/VOL. 24/287, regarding Governor Bola Ahmed Tinubu, a records check of the Federal Bureau of Investigation’s (FBI) National Crime Information Centre (NCIC) was conducted.
“The results of the checks were negative for any criminal arrest records, wants or warrants for Bola Ahmed Tinubu (DOB 29 March 1952).
“For information of your department, NCIC is a very centralised information centre that maintains the records of every criminal arrest and conviction within the United States and its territories.”
Onanuga said that almost thirty years after, the allegation was discharged and the case declared dead, Tinubu’s opponents keep waking up its corpse, in futile efforts to malign him.