Home NEWS POLITICS Imo Gov To Igbos: Presidency In Democracy Is Not Based On Tribe 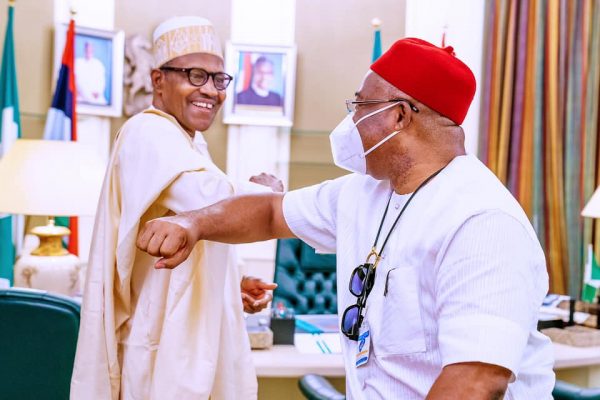 Imo State Governor, Hope Uzodinma has reminded his fellow Igbos in the Southeast that position of president in a democratic setting is based on party and not on tribe.

Responding to a question on the agitation in the Southeast for the zone to produce the President come 2023, Governor Uzodinma said: “the emergence of presidential candidate will come on party by party basis, not tribe by tribe basis.”

The governor, who had a private audience with President Muhammadu Buhari today, September 1 at the presidential villa, Abuja, told newsmen that “we are practicing partisan democracy and not tribal democracy.

Uzodinma said that there is no basis for anyone to be talking about 2023 election now, because the position is not vacant now.

“There is a sitting President.”

The governor said when the time comes and there are other internal factors that will form part of the considerations for parties taking decision on Igbo presidency, it will be entirely the job of the leadership of those political parties “and I think that is the right thing to do.”