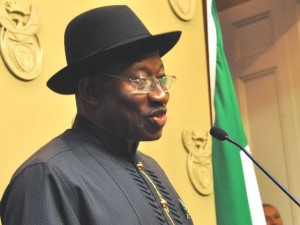 President Goodluck Jonathan indicated his agreement on the decision of the London Ministerial Meeting on Security in Nigeria  and West Africa to operationalize a  Regional Intelligence Fusion Unit that will enhance the generation and sharing of information essential to curbing terrorist activities.President Jonathan similarly agreens with the establishment of a multi-national joint task force by Nigeria, Chad, Benin Republic,  Niger Republic and Cameroon to enforce stricter border controls and prevent terrorists from having unrestricted access to their territories.A statement from the Presidential spokesman, Dr. Reuben Abati today said that Jonathan believed that the  implementation of the important decisions taken at the London meeting, supported by necessary technical expertise from Britain, the United States and France will greatly boost his administration’s ongoing efforts to end the scourge of terrorism in Nigeria and make the country a much safer place for its citizens and residents.“As his Administration continues to vigorously explore options for rescuing the abducted Chibok College girls and enhance security in all partsof Nigeria, President Jonathan reaffirms the Federal Government’s commitment to working for faster progress on developmental,  governance, education and gender issues in keeping with its multifaceted approach to dealing with the underlying causes of conflict and insecurity in parts of Nigeria. “The President also endorses the agreement by all countries represented at the London meeting that their collective response to terrorism must show due regard for human rights.”Abati said that  President Jonathan showed gratitude to the British Government for the reaffirmation of itscommitment to helping Nigeria and other West African countries to achieve faster development and ensure that social services and infrastructure are provided to those communities most affected by conflict and insecurity.The President, he said, is also happy with the Britain’s announced intention to expand its ongoing support for Nigeria’s efforts to overcome terrorism and insurgency.