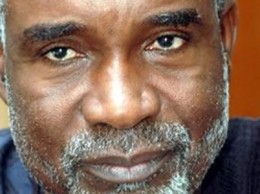 Governor Murtala Nyako of Adamawa has accused those he described as some irresponsible elements based in Abuja as the brain behind the plot to impeach him and his deputy through some state House of Assembly renegades.

He said “Despite the unwarranted state of emergency enforced on the people of the state coupled with the dust-to-down-curfew, some irresponsible elements based in Abuja are trying to create additional hardship for the people.”

Governor Nyako who was addressing his supporters who paid him a solidarity visit at his residence in Yola at the weekend insisted that the impeachment saga is a deliberate plan to cause disaffection among good people of the state, adding that his administration would continue to deliver the dividends of democracy to the people of the state irrespective of area, tribe and religion.

“I will continue to keep faith with my people and nothing will deter me from identifying with them,” Nyako said.

The governor appealed to his supporters and all well-meaning citizens of the state to remain calm and pray to God to protect them from falling along ethnic and religious lines even as he described those behind his planned impeachment as the enemy of peace and the people of the state.

According to Nyako, legitimate sons and daughters of the state would never cause hardship on their brothers and sisters.

In her remarks, the Adamawa Women Leader, Hajiya Hauwa Abba, said that women and youths in the state were in the Governor’s residence to register their support and solidarity to him.

She disclosed that over 10,000 women and youths benefited from Nyako’s economic empowerment programmes in the state, adding: “before the advent of governor Nyako’s administration, women in the state used to labour in some people’s farms to survive. But today, Nyako have economically empowered us to be self- reliant.”

She appealed to those behind the impeachment to see reason and stop the process in the interest of peace and development of the state. [myad]