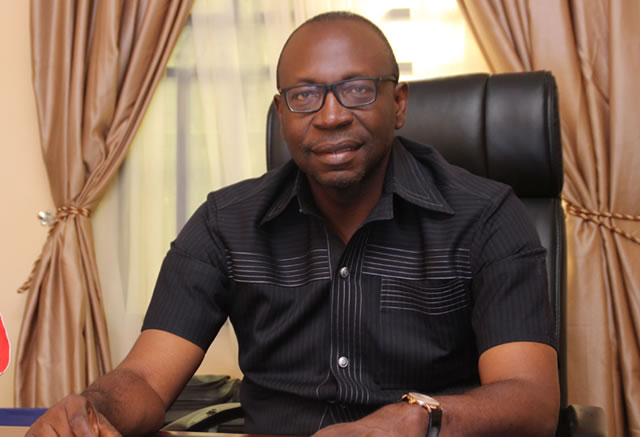 The governorship candidate of the All Progressives Congress (APC) in Edo State, Pastor Osagie Ize-Iyamu has called on his opponent in the Peoples Democratic Party (PDP), the incumbent governor, Godwin Obaseki to join in maintaining high standards of behavior as they go into the contest.
Ize Iyamu, in a message today, July 2, congratulating governor Obaseki on his 63rd birthday anniversary, said: “as leaders, you and I, including other aspirants, have the opportunity, and responsibility, to make things better and ensure that our contest is marked by democratic values that drive high standards of behavior.”
The APC flagbearer, who wished Obaseki God’s abundant blessings as hr celebrate his  new age, reminded the governor that Edo people need a Governor that will help to unify the State, douse the political tension, and focus completely on the development of the state.
“Let the will of God be done and I want to assure you that my wish is that we have a campaign, devoid of rancor and violence.”
Ize Iyamu recalled what he described as “divine coincidence,” whereby the two of them are now to  contest again on different political platforms for the opportunity to lead Edo people and serve the state as Governor.
“God appears to have arranged musical chairs for both of us, bringing me to APC which I helped to form and which you contested in 2016, and taking you to PDP where I previously contested and where you have now expressed your preference.”
The APC candidate then assured Obaseki that he had his best and sincere wishes for a happy birthday.