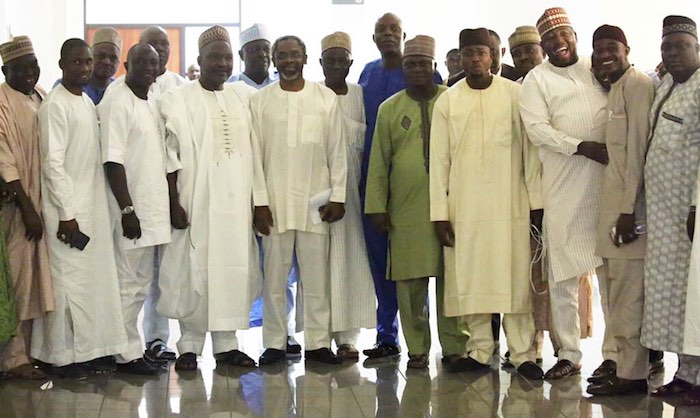 Kogi State House of Assembly has finally resolved the leadership crisis that had lingered since the beginning of the Yahaya Bello government this year.

One of the high points of the resolution of the crisis was that a new speaker will be elected to take over the leadership of the House from the two contending factional speakers.
A factional Majority Leader of the House, Hon. Friday Sani, who spoke to newsmen in Lokoja on Friday, said that the crisis was resolved after a three-hour reconciliation meeting between the two factions in the House.
Sani said that the House agreed that the new Speaker would be unveiled at the next sitting of the House, but did not mention a specific date when members would reconvene.
He said that the members who started a reconciliation meeting on June 23 have agreed to put the crisis behind them and move forward as one, expressing optimism that the truce reached would make the House to become stronger and better.
Sani said that all suspensions and counter-suspensions during the crisis had become null and void.
Another factional Majority Leader, Hon. Mathew Kolawole, also said that members have agreed to withdrawal all pending court cases, adding that the House would officially write to the House of Representatives to notify it of the peaceful resolution of the crisis and to lift the ban it placed on the activities of the Assembly.
Kolawole debunked insinuations that Governor Yahaya Bello has been the brain behind the crisis, saying that Yahaya Bello was the one that was instrumental to the resolution of the crisis.
Earlier, the governor, who was also present at the reconciliation meeting, told newsmen that the peaceful resolution of the disagreement among the lawmakers showed that the state was capable of resolving its own issues without external intervention.
Yahaya Bello said the lawmakers were brothers and patriots who meant well for the stateeven as he commended them for their maturity and spirit of give-and-take.
With the resolution to elect a new speaker, the two factional speakers – Momoh Jimoh Lawal and Umar Ahmed Imam – will have to give way. [myad]