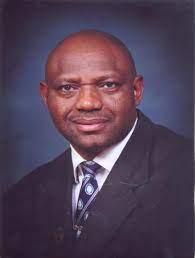 The people of Okunland in the Western Senatorial District of Kogi State have started campaign for the governorship of the state in the November 2023 governorship election.

The people, under the aegis of Okun4Governor Strategy Committee, said at a news conference in Abuja, said the agitation that has since begun, is based on the spirit of equity and fairness which were virtues to be promoted to deepen democracy and promote inclusiveness.

Professor Mike Ikupolati, who read the press statement said that the right to rule is a combination of attitudes and abilities that lead people to set goals for themselves and to take the initiative to reach these goals.

“The quest for an Okun person to become governor has become the strongest wish of Okun people in recent times.

“It is, therefore, pertinent to inform the good people of Kogi that we are designing and putting in place effective strategies to actualise this goal.

“We shall remain resolute on this agitation until our quest receives the attention it richly deserves, especially by leaders of the state from all persuasions – political, religious, community and opinion leaders.

“It is imperative to put into perspective that the Igalas of the Eastern flank of Kogi have held on to power for about 16 years with Late Prince Abubakar Audi, Alhaji Ibrahim Idris (Ibro) and Capt. Idris Wada as governors of the state while Alhaji Yahaya Bello is presently occupying Lugard House in his second term.”

He said that the Kogi East has had 16 years of rule and while the Central had so far has eight years whereas the West has never appeared as Governor at the Lugard House in Lokoja.

“We hereby bring to the attention of all and sundry that Late Alhaji Adamu Attah from Kogi Central, was also governor from 1979 to 1983, making it 12 years of rule by the Central zone of Kogi.

“If equity and fairness are virtues to be promoted to deepen our democracy and promote inclusiveness, it will be natural for an Okun person to be the next governor of Kogi.

“Unfortunately, politics and political reasoning are encapsulated in the saying that; ‘power is not given but taken’

“We are, therefore, determined as good people of Okunland to demand power. We will take whatever steps that are necessary to ensure the realisation of this objective.

”With God and Providence on our side, we shall take it.”