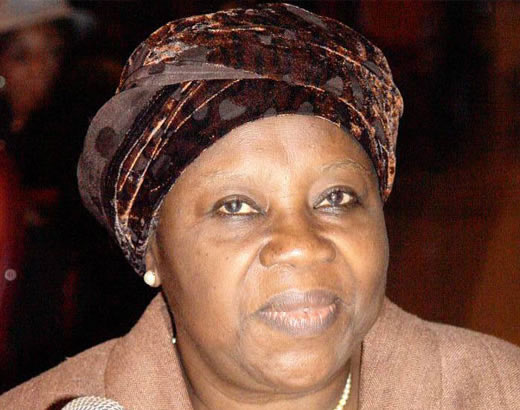 The presided judge, Justice Olayinka Faji held today that the defendants cannot lose their seats simply on account of defecting from PDP to APC, adding that there is an established case of crisis in PDP which prompted their defection.

A PDP member of the assembly who did not defect to APC, Mr. Ibrahim illiyasu, had dragged the defected law makers before court.

The suit Number Is FHC/IL/CS/6/2014,PDP, Illiasu Ibrahim Vs Razaq Atunwa and twenty others and the Independent Electoral Commission.

Illiasu had prayed the court to declare that they should vacate their seats and stand another election having defected to APC.

The plaintiff’s counsel, Salman Jawondo a had urged the court to declare the seats of Atunwa and 20 others vacant because they were elected on the platform of PDP, but had defected to APC. One of the defected law makers is dead.

Jawondo argued that having left PDP for APC, the seats of the defendants should be declared vacant.
He further argued that they must stand another election for them to retain their seats.

But the counsel for the defendants, Wahab Bamidele, Tosho Yakubu, led by Bola Gold, argued that because of the claimed crisis in PDP, the defendants had the rights to defect to any other party.

In his judgement, Faji ruled that the defection of the lawmakers was legal and constitutional, relying heavily on the judgment which restrained Alhaji Kawu Baraje from parading himself as the INEC recognised Chairman of PDP.

According to Faji, the ruling that Bamagar Tukur was recognized as the official chairman of PDP and a restraining order was filed for Baraje not to parade himself as the INEC recognized chairman showed indeed that there was a faction.

He stated that at the time of the defection by the defendants, there was indeed a faction in PDP which made their defection legal and constitutional.

A member of the House of Representatives, representing Ilorin East/Ilorin south,Dr Ahmad Ali said that Faji’s judgement has laid to rest the constitutionality of defection by the legislators.

“It is a landmark judgment on the issue of defection. This is the first final judgment, compared to various conflicting interlocutory orders, by the Federal High court in Nigeria.

“It supercedes all other previous non-judicial gratuitous statements. I urge PDP to quickly appeal this sound judgment if they so wish.

“We are comforted that in the Federal High Court there are still many judges who are bold and still stand as a bulwark between the dregs of the society and the powerful forces.

“The judgment for the first time answered the question: was there a division in PDC when the legislators defected? The court said yes. If it is yes(as any reasonable man already acknowledges) then any member can constitutionally defect.” [myad]