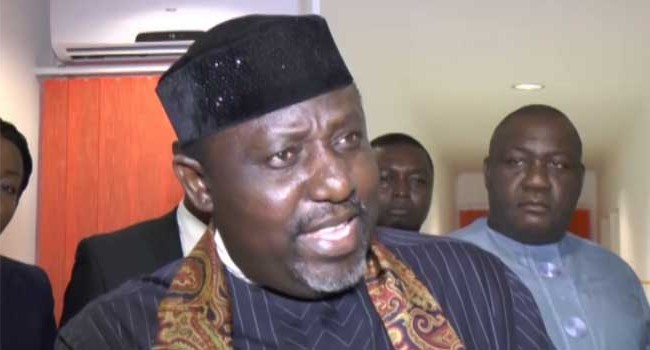 Governor Rochas Okorocha of Imo State has said that his political enemies are fighting tooth and nail to make sure that he doesn’t become the President of the ninth Senate.

Okorocha, who was declared winner of Imo West Senatorial District two weeks ago, amidst claims by the returning officer of the Independent National Electoral Commission (INEC), Professor I. Ibeabuchi that he made the declaration under duress, said that his travails are connected to the politics of 2023 and that his opponents are already conspiring to close him out.

“I understand that people are beginning to fight a war of the future now when we are not even yet there. The idea is that, do not give Rochas a certificate; you must slow him down until after they have elected the presiding officers, then you can let him come in.”

According to him, the idea is to ensure also that he does not become anything in the Senate and to make sure that his governorship candidate son in-law does not emerge winner.

He called on INEC to issue him with certificate of return as the senator-elect for Imo West.

“I will advise INEC to do the right thing, to release my certificate so that I can celebrate as others. I want to be in the Senate and it will be interesting if I am there ” Okorocha said.

He urged INEC not to allow itself manipulated by his political opponents, who he said, wanted to freeze him out politically.

Okorocha was not invited by INEC to a ceremony in Abuja during the week, where certificates of return were presented to all senators elect and members of the House of Representatives.