Home NEWS POLITICS Na’aba Has Never Been Of Use To PDP, Says Kano PDP Frontiers 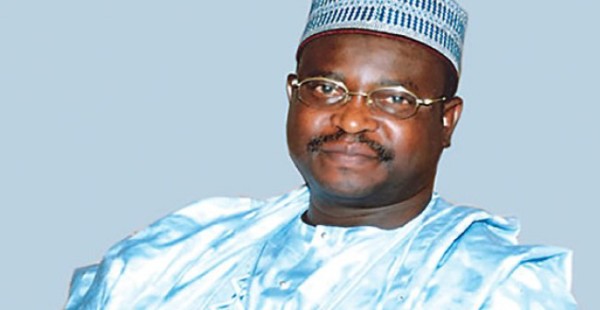 A group known as Kano State PDP Frontiers has said that the former speaker of the Federal House of Representatives, Ghali Umar Na’aba, who recently resigned from the ruling Peoples Democratic Party (PDP) after about 16 years of membership has never been of any use to the party.
The group made it clear that Na’Abba’s resignation was a non-issue and that “he was of no value aside the relics of him serving an office”.
A statement in Kano, signed by the Coordinator of the Group, Ahmed Sani Kabara, said the party and its stalwarts will not miss the former speaker as “his presence is of no impact, so would his absence be.”
It said that Na’abba’s purported resignation from the PDP is nothing short of publicity stunt and an attempt to relaunch himself having lost public reckoning.
“As far as we are concerned, and this is open secret for anyone to verify, Ghali Na’abba has never been of any use to PDP, rather it is the party that has done everything to him; lifting him from a nobody to national fame. It therefore amounts to betrayal and biting the hands that feed him for him to now dump the party.
“The former Speaker is known both in the local chapter of the party and the national level to exhibit traits that are self-centred and invariably unhealthy for a democratic setting. Someone who always wants to lord himself over people should have himself to blame when the table is turned against him.”
According to the group, the former Speaker lacks both “local grip and national gravitas” as to be missed by the party at all levels.
The group recalled that Na’abba “woefully lost his re-election bid to the House of Representatives in 2003 despite occupying the number 4 seat of the House Speaker.
It said that after losing the election, he is not known to have promoted any candidate at any level that eventually succeeded, adding that even when he vied for the Senate ticket in 2011, he could not garner any appreciable votes.
“Reading through Na’abba’s so-called letter of resignation one comes across someone who is gone too deep in the self-destruct path of arrogance and self-indulgence and cannot afford to be a follower despite being a paper-weight politician.”
The group assured President Goodluck Jonathan and the leadership of the PDP that the decision of the former Speaker to resign would have no effect on the fortune of the party in Kano, saying that big name is not the same thing as big influence.