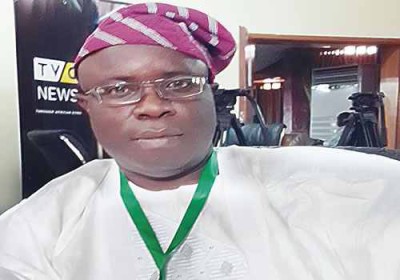 National Conference which ended its session and turned in its report to President Goodluck Jonathan today, has given birth to a new pressure group, known as “National Consensus Initiative.”

The National Consensus Initiative emerged from the Confab with a defined mission of ensuring, according to its founders, that the report of the National Conference submitted to the President is faithfully implemented.

The Interim Coordinator of NCI and Ondo State Commissioner for Vocational and Tertiary Education, Remi Olatubora, who briefed journalists after the inaugural meeting of the organization’s Steering Committee, expressed worry that such recommendations and reports in the past were left to gather dust.

Olatubora, who was the leader of Ondo State delegates to the National Conference, disclosed that the group would work together as advocacy group towards ensuring that “decisions of the conference are not left in the shelf to gather dust in the manner in which the reports of earlier conferences were treated.”

According to him, the desire to come together in a group was informed by common desire of most the delegates that all relevant governmental organs and agencies implement the decisions of the conference.

The group with its membership cuting across the six geo-political zones, is made upof representatives of Youths, Academia, Lawyers, Politicians, Civil Society Organisations (CSO), Religious bodies, Nigerian Union of Journalist (NUJ) and Diasporans among others. Olatubora, said the mission of the group was to engage with issues flowing from the confab, as independent input into the process of consolidating the gains of Nigeria’s centenary, and it’s reconstruction into a responsible, accountable, and egalitarian society.

Other reasons according to him is to campaign vigorously for gender mainstreaming and inter-generational justice as dedicated by the requirement of 21 century politics.

“…to act as a connecting rod between our group and the primary as well as secondary stakeholders in the political sustainability of Nigeria project.” [myad]