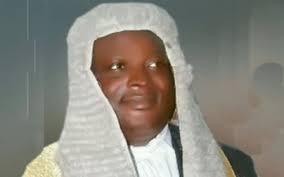 The Principal Special Assistant to Adamawa state Governor, Murtala Nyako on MDGs, Alhaji Ahmed Lawal has described the Buba Kaigama impeachment panel as illegal and ignorant of what they are even doing. He said that for the governor to have honoured the invitation by such panel to appear before it would have amounted to supporting illegality.

The impeachment panel, headed by Buba Kaigama has just concluded its assignment and people are now waiting for the verdict over its investigation on Governor Nyako and his Deputy Bala Nggilari.

The governor’s aide told newsmen today that if the governor and his deputy had attended the panel, it would have shown that they have agreed with the panel, “so the entire issue is illegal and what do you expect them to go there to do.

“If there is legality in setting up the panel, I believe governor and his deputy will go there to the panel, and if you look at the invitation that was sent to the governor and his deputy, the panel gave the address of the venue for the sitting at Army Barracks road, Gibson Jalo Street. The next day, the panel said they are sitting at the Federal secretariat Yola. That shows that even the panel did not know what they were doing.”

The Principal Special Assiatant said that he was not expecting any good from the panel, because, according to him, their formation is illegal, adding that unless “we are going to show the whole world that Nigeria is a lawless country.”

However, he said people are expecting them to do justice on the allegations, maintaining that people of Adamawa and the entire world are watching them, because according to him “you cannot sit down in your room and write a report without hearing from both parties, if you are going to do fair judgment .

Lawal called on the APC supporters in Adamawa state to remain calm and law abiding, pointing out that the whole exercise is being hatched by the PDP due to acceptability of the party in the state. [myad]