Home NEWS POLITICS Obasanjo Wants To Use Obi As “Puppet” For His Third-Term Ambition –... 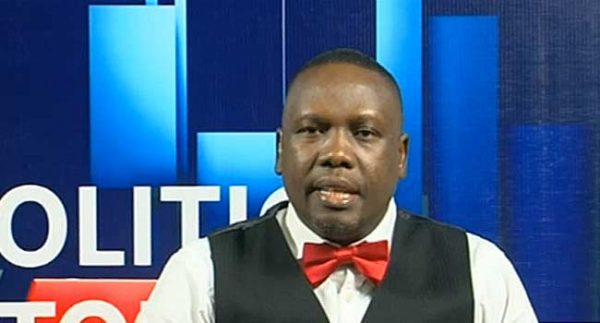 The spokesperson for the Atiku-Okowa Presidential Campaign Council, Daniel Bwala, has described former President Olusegun Obasanjo’s endorsement of the Labour Party presidential candidate, Peter Obi, as a way to achieve his third term by proxy which he failed to accomplish when he (Obasanjo) was president.

The PDP campaign spokesperson, who wrote from London in a report titled: ‘Obasanjo: In search of an impossible third term,’ said: “someone may need to remind him (Obasanjo) that Nigeria has indeed progressed from its days of imposition, manipulation and intimidation to popular participation of the people in government and their country’s affairs.

“The 2023 election is the election of the people and not of great personalities. Nothing about his 1999-2007 tenure gives him heavenly authority to dictate our future or the outcome of any yet to be held elections.”

The spokesperson said that Obasanjo “should have humbled himself and followed Peter Obi to rallies to test his own popularity; that’s what popular people do. He should go to town halls with Peter Obi, campaigning and bidding for votes to show he believes in a democratic electoral process.

“We do not vote on a letter threat. When was the last time we saw him visiting victims of a natural disaster? Or to play the role of a father of the nation he claims so passionately?

“Nigerians would decide, and they would do so, not on the basis of a letter from a man seeking a third term by proxy, but on their own judgment of who among the candidates made the case, their opinion justifies their votes.

“The letter is not new, its contents are not surprising, but his legacy seems to betray his claim in the letter. Baba OBJ Nigeria has moved on please let our democracy grow and respect the will and wishes of the Nigerian people.”