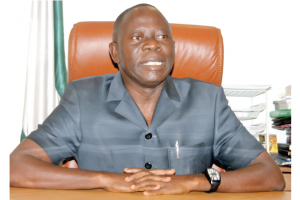 The National Chairman of the ruling All Progressives Congress (APC), Adams Oshiomhole, has  filed for a stay of execution of an Abuja High Court order suspending him, insisting that he remains the party’s chairman.

Reacting today, March 4 to the court ruling, Oshiohole said: “our legal department is studying the matter and we have filed for a stay of execution and appealed the ruling. With those processes, Oshiomhole remains the National Chairman of the party.”

His reaction, which was contained in a statement by his Chief Press Secretary, Simon Ebegbulem, said the party’s lawyers had filed for a stay of execution.

“The decision was reached on January 14, 2020, during the meeting of the NWC at the party’s National Secretariat.

“Following the resignation of H.E. Mai Mala Buni as the party’s National Secretary in May 2019 prior to his election as the Governor of Yobe State, the party subsequently gave notice for a replacement from the zone.

“The NWC has also approved the nominations of Senator Abiola Ajimobi as the Deputy National Chairman (South) and Mr. Paul Chukwuma as the National Auditor following nominations from the respective zones.”

I Won’t Be Intimidated By Bandits, Boko Haram, Other Criminals, Buhari Vows

We’re Angered, Saddened By Another Brutal Attack On School Children In Zamfara – UNICEF