Home NEWS POLITICS Osun: People’s Will Must Be Respected – Buhari; Ship Of Hope At... 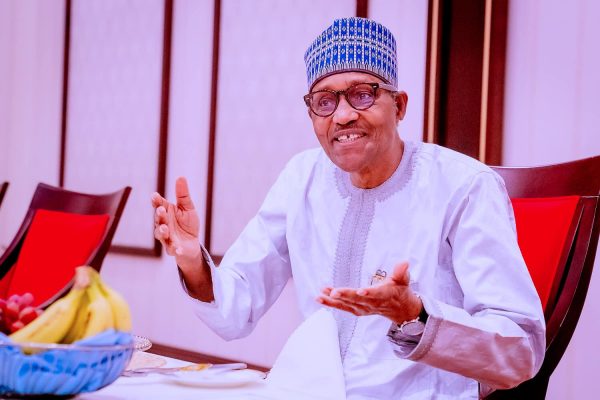 While President Muhammadu Buhari has insisted that the will of the people in any election must always be counted and respected, in respect of the victory of Senator Ademola Adeleke, candidate of the People’s Democratic Party (PDP), in the just concluded gubernatorial election in Osun State, the PDP Presidential candidate, Alhaji Atiku Abubakar has regarded the victory as a sign of the ship of hope reaching the harbuor.

In a separate messages congratulating Adeleke, who defeated the incumbent governor, Gboyega Oyetola of the ruling All Progressives Congress (APC), the President expressed conviction that the people of Osun have expressed their will through the ballot, “and the will of the people must always matter and be respected in a democracy.”

President Buhari noted that the successful conduct of the election is a further testimony to the maturity and commitment of all stakeholders – the electoral body, security agencies, political parties, the media, civil society and the electorate- to further strengthen the integrity of the electoral process in the country.

The President reassured the nation that the commitment of this administration towards having credible elections remains unshaken.

This was even as Atiku went into a memorylane, about the fact that he married from Osun State, adding that he always has affection for the people in the State for obvious reasons.

“If you have to walk a difficult path and you need men and women of courage and astute valour, the people of Osun will never be a disappointment.

“At this point in time when our country needs to take a break from the shameful effects of bad governance, it shall be on record that Osun State provided the compass into that brighter future that awaits us at the horizon.
“The referendum on the administration of the APC has commenced with the verdict of the people of Osun State in electing Senator Ademola Adeleke, while we know that the 2023 general election will be a full referendum.
“It is inconceivable that Nigerians will reward the APC for the failings of the last seven years.  And in a state like Osun, for example, it’s been a long time since the people last felt the effect of good governance.
“The ship of hope is already at the harbour under the umbrella of the Peoples Democratic Party. We shall intensify the work to ensure that we uproot all vestiges of bad governance and false hopes towards the 2023 election. The Imole (light) that has started to shine from Osun shall soon have a national coverage.”
Atiku, in a statement he signed by himself, said that one more good thing about the victory in Osun is that it has provided a catalyst for the PDP to see the opportunity when the party works together in unity.

He added that the work to bring the PDP together is a work in progress “and the good news is that we are steadily making progress.
“As you wake up the morning after (Sunday, the 17th of July, 2022), you may be assured that you are doing so with the illumination that has come to Osun. Congratulations to Sen. Ademola Adeleke on a well-fought victory. Also, hearty congratulations to the PDP family and all stakeholders who came together to make this sweet victory possible.

“But even more importantly, congratulations to the great people of Osun State for proving that power truly belongs to the people.
“The march to reclaim Nigeria’s greatness has begun and it shall not stop until we achieve the goal of ONE PEOPLE, ONE FUTURE and ONE COUNTRY.”