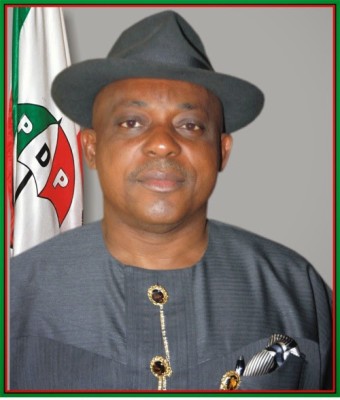 Peoples Democratic Party (PDP) has zoned the Presidency to the North for the 2019 presidential election.

The Acting National Chairman of the, Chief Uche Secondus, who made this known today, said the party would not repeat the “mistakes” it made in 2015.

The PDP, commonly tagged the largest party in Africa, suffered serious defeat in the hand of the All Progressives Congress (APC) in the last election after it filled Goodluck Jonathan as its candidate.

Secondus said that the party would not want to be beaten twice, hence the decision to zone the ticket to the north. [myad]