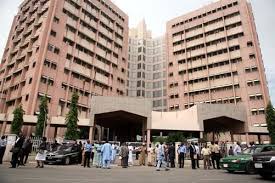 Association of Senior Civil Servants of Nigeria has warned the Nigeria’s federal government not to carry out its plan to sack 1,050 civil servants in the country.

The Head of the Civil Service of the Federation had already formally announced that 1,050 civil servants, working illegally, would be retired in the next three weeks. He spoke at the 60th anniversary of the Nigeria Public Service Commission.

The Association of Senior Civil Servants of Nigeria insisted that none of its members should be sacked on any excuse.

In a statement, signed by the union’s Secretary-General, Alade Lawal said: “the decision by the government to weed out those it alleged are working in the service unlawfully might be a smokescreen to sack innocent civil servants who have served the nation meritoriously for decades.”

Lawal urged the government to set up a committee to look into the allegation before any retrenchment could take place, adding: “we demand that no retirement in whatever form should take place until all the stakeholders, including the ASCSN verify the claim of government.

“The union wants to make it clear that if the government embarks on such anti-labour exercise without the trade unions participation in establishing the authenticity of its claim, industrial peace cannot be guaranteed.”