Home NEWS POLITICS If It Were Not President Jonathan, Fayose Would Not Have Been PDP... 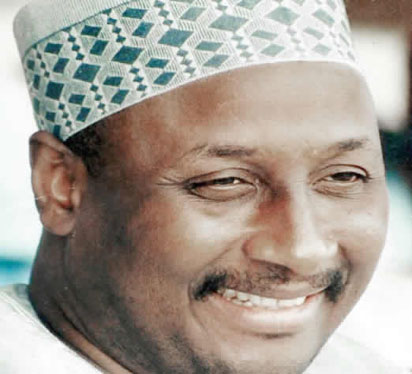 National chairman of the ruling Peoples Democratic Party (PDP), Alhaji Adamu Mu’azu has confessed that if it were not President Goodluck Jonathan, Mr. Ayodele Fayose, who won the Saturday governorship election in Ekiti state would not have been the party’s candidate.
The PDP chairman who led members of his National Working Council (NWC) to congratulate President Goodluck Jonathan at the Presidential Villa Abuja over the electoral victory in Ekiti state said that Fayose was chosen with the support of the President.
He explained that the party would not have fielded Fayose as it’s governorship candidate in Ekiti State if it had considered what he called “the Nigerian factor.
“Fayose, ordinarily, if the Nigerian factor comes in, will never have been our candidate, but you and I know that even after he emerged, the sort of groups that came to report to me that I have done the wrong choice.
“And more often, when they are caught red-handed coming to the Villa, Mr. President will insist that I must be there and I will say I have seen the same people. I have explained to them.
“Mr. President will still insist for me to hear, to listen. That at the end of the day, the truth will prevail.
“Because without getting our first 11, which is on very good support and encouragement, we would not have been celebrating today.”
Mu’azu said that the Ekiti State election was conducted in a free, fair and transparent manner and that the result was generally accepted by local and international observers as well as the opposition parties.
According to him, the Ekiti State electoral victory was a clear demonstration of Jonathan’s style of leadership.
This was even as President Jonathan directed the party leadership to work harder to ensure that the party takes over other states under the control of the opposition parties, especially All Progressives Congress (APC)
President Jonathan commended the leadership of the party for the victory in the Ekiti election, even as he asked them not to rest on their oars until they bring states like Lagos, Osun and others under the fold of the party.
“At least, we have seen clearly that Ekiti is now a PDP state. We pray that we will work very hard, sell our ideas, our programmes, manifesto to Nigerians so that they will accept us for what we are.
“We always say that we will not disappoint Nigerians. We believe that we will even do more in other states.
“Let me appreciate Nigerians for their determination and patriotism for this country and to reassure them that the PDP leadership will continue to do its best for this country.”
President Jonathan assured that PDP remains the only party in Nigeria which has not changed in orientation since its formation.
“We are not chameleons. We don’t change. No mutation in PDP. We don’t transform to all kinds of characters and colours and shapes based on circumstances. We are what we are and we will continue to preach what we believe in and do our best for this country.”
President Jonathan assured Nigerians that his administration will continue to find solutions to all the socio-economic challenges facing the country through the pursuit of the ongoing transformation of all sectors of nation’s economy, especially in the area of rail transport, agriculture and education.
He added that his administration is addressing the problem of insecurity being faced by the country even as he made it clear that insurgency would soon be a thing of the past. [myad]

See also:  Yes, We Have Made Mistakes In PDP, But We’ll Resolve Them – A/Ibom Gov, Udom