Home NEWS POLITICS Presidential Election In 2023 Will Be Between Tinubu And Atiku, Babatope Predicts 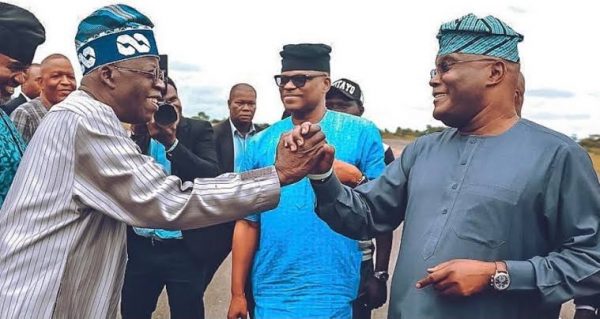 Former Nigeria’s Minister of Transport, Chief Ebenezer Babatope, has predicted that the 2023 presidential election will still be a two-party affair between Asiwaju Bola Tinubu of the ruling All Progressives Congress (APC) and Atiku Abubakar of the Peoples Democratic Party (PDP).

In an interview today, September 5 in Lagos, Babatope said that the Labour Party (LP) and its presidential candidate, Peter Obi can only try their best during the election but cannot win because they lack the structure and national spread to secure victory.

“They cannot also claim to have the support of the Labour movement, so they can try but I don’t see them making any significant impact in the presidential election”.

When asked if he will support a fellow Yoruba man, Asiwaju Bola Tinubu who is the APC presidential candidate, Babatope said despite knowing Tinubu for more than 50 years, he cannot support him as both of them belong to different parties.

“I am of the PDP. There is no question of Yoruba race here. I am a member of the PDP and our candidate, Atiku Abubakar will win by the grace of God”