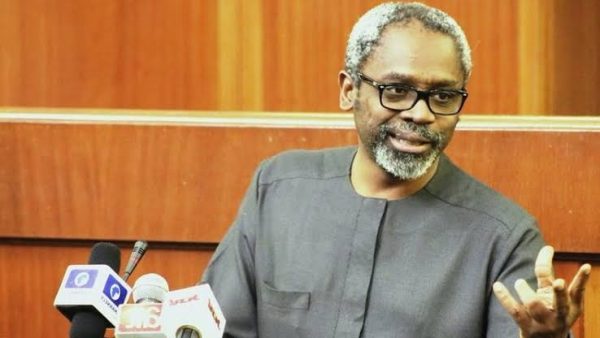 Speaker of the House of Representatives, Femi Gbajabiamila, is still bitter with the Governor of Sokoto State, Aminu Tambuwal, in a veiled reference to him.

He told Governor Nyesom Wike of Rivers State that Tambuwal and others, including governor Wike who plotted against him for the speakership of the house of Reps in 2015, were the same that also worked against him (Wike) at the Peoples Democratic Party (PDP) presidential primary recently.

The Speaker, at the inauguration of the official quarters of the Rivers House of Assembly today, August 12, said: “let me start by thanking the Governor, my friend and brother that a confession that has been known to all forever that you plotted against me.

“It is the irony of life and indeed very interesting, the twist of fate, that those who he sat with to plot against me are the same people who sat together at your primary to plot against you. So, plotting is not necessarily a new thing in politics but what is constant is that in politics, there are no permanent enemies, there are no permanent friends but what you have is permanent interest. “And by God’s grace this one that you have started, the journey that you have started that you and I both know shall be permanent. Please choke them. I said choke them.”

After his failed speakership bid in 2015, Gbajabiamila had accused Tambuwal of betraying him.

“I feel disappointed that a speaker to whom much had been given would chop down the issue of leadership and competence to the issue of procurement. That is the last thing I would expect him to say,” Gbaja had said on the defunct Straight Talk with Kadaria.

“To seat here and say there is no sense of betrayal would be lying. Of course, there is a sense of betrayal, but it’s not something I dwell on. Betrayal unfortunately happens to be the order of the day in politics – particularly in Nigeria. So do I feel betrayed? Yes.

“Tambuwal was one of my closest friends when he ran for speaker; I think I single-handedly pushed his speakership bid. But again, he must have reasons why he did what he did. That must be respected; I just wished he had made that known.”

Asked if he had spoken with Tambuwal since the election, he said: “No I have not, I am not crossing paths with him, he is in Sokoto, I’m in Abuja; you might want to direct that question to him. Who do you think should be reaching out to who?

“When it was clear we were going to win, the other side walked out. Tambuwal, who is my friend, did not call once to congratulate me, he never sent a message, and I haven’t spoken to him since then.”

Governor Wike had contested the presidential ticket of the party but lost to former Vice-President Atiku Abubakar.

Governor Aminu Tambuwal of Sokoto State, who was among the presidential aspirants, had stepped down for Atiku during the primaries.

Many attributed the victory of Atiku to the act of Tambuwal, who was speaker when Gbajabiamila was majority leader of the lower legislative chamber of the National Assembly.

Although the All Progressives Congress (APC) leadership had tipped Gbajabiamila as Tambuwal’s successor, Yakubu Dogara was elected speaker.