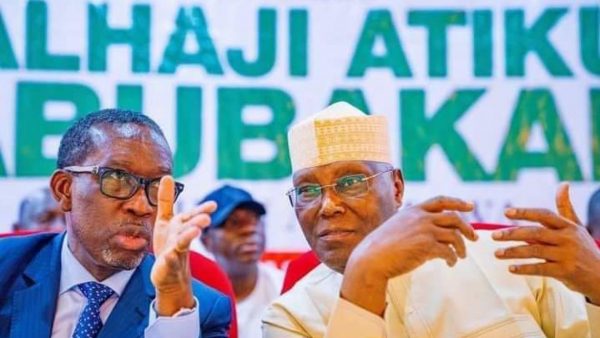 Presidential candidate of the Peoples Democratic Party (PDP), Atiku Abubakar has said that he picked the governor of Delta State as running mate for the 2023 election because he can deliver.

Atiku, in an interview on Arise TV today, July 22, insisted that he should be given the benefit of doubt for his choice of a running mate, stressing: “I chose who I feel can deliver among the nominees that were presented to me.

“The committee that presented the three nominees was chaired by the Governor of Benue State, Samuel Ortom. They recommended three people, so I picked one. People should be fair to me and state the facts.”

However, Atiku said that the party is discussing with the Rivers governor who wields a lot of power in the party to resolve the crisis his choice has generated.

“We are talking to his governor colleagues. I am very optimistic we are going to resolve our internal crisis and move on.”