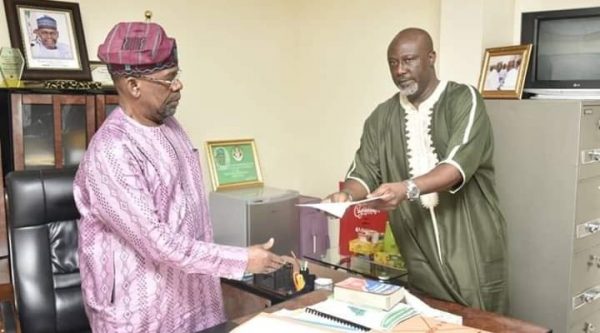 Senator Dino Melaye of the Peoples Democratic Party (PDP) has predicted chaos for the party even as he rejected his appointment as the Director-General of the Kogi State Governorship Campaign Council for the Party.

Senator Melaye, in a tweet and his Facebook wall today, September 13, wished PDP all the best, saying: “when truth is a casualty, there is chaos. Let me wish PDP all the best.”

He stressed categorically that he had turned down the position of the Director-General of the Kogi State Governorship Campaign Council.

We Will Destroy PDP In Kogi If It Goes Ahead With Automatic Ticket Policy...