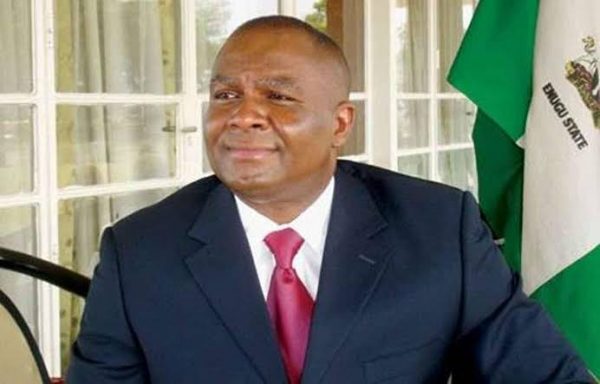 Former governor of Enugu State, Chimaroke Nnamani, has protested his suspension by the Peoples Democratic Party (PDP) for alleged anti-party activity, accusing the party of violating his right to fair hearing.

In a statement today, January 21, reacting to his suspension, Senator Nnamani, representing Enugu East in the National Assembly, complained that he was neither informed of any petition against him nor the basis of the decision of the PDP National Working Committee (NWC) to sanction him.

“I was never at any time notified of any petition or complaint against me or informed of the grounds that formed the decision of the NWC of the PDP to suspend me from the party.

“I was also not invited to any meeting, proceeding or hearing of the NWC of the party where my supposed offence (s) was/were discussed. I was, therefore, not afforded the opportunity to make representations on my behalf at any meeting where the proposal and decision to suspend me from the party was made.

“I, therefore, appeal to all of you to remain calm and law-abiding, while we continue our campaign to a hopefully victorious conclusion.

“I am overwhelmed by the outpouring of love and solidarity to me across the length and breadth of Nigeria and even across the political divide since the suspension was announced.

“I’m grateful. It is reassuring that my political career is alive. It is not threatened. We are going into the forthcoming elections very confident. We will win at all the levels of elections in Enugu state. Our people know where we are; Ebeano.”

The National Working Committee (NWC) of the PDP had, yesterday, January 20, suspended Nnamani and eight other members of the party for anti-party activities.