The All Progressives Congress (APC) has announced the results of the senatorial primary election for Kano State, with a former governor of the state, Ibrahim Shekarau, and two incumbent senators, Kabiru Gaya and Barau Jibrin, emerging as winners.

Announcing the results, the Presiding Officer of APC senatorial primary for Kano South Senatorial District, Professor Balarabe Jakada, said that three candidates contested for the election in the district. 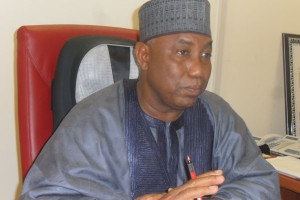 Jakada said that Gaya won the election with 1,035,057 votes, followed by Abdulrahman Kawu-Sumaila who scored 309,209 votes, while Isa Yahaya Zarewa got 15,643 votes for the Kano South senatorial zone.

According to Garba, Hajiya Laila Buhari came second with 3,004 votes, followed by Sulaiman Halilu who scored 1,001 votes to clinch the third position. 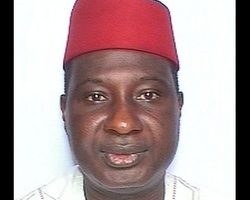 Gaya made the promise while speaking to newsmen in reaction to his victory in the just-concluded senatorial primary election conducted on Tuesday.

He said he would continue to support President Buhari in his re-election bid in 2019 general elections to enable him to continue to execute his laudable programmes aimed at promoting political, social and economic development of the country.

“National interest is above any interest. So, we will continue to do our best to ensure the provision of needed infrastructure development in the country.”

Gaya also promised to ensure that peace prevailed in the party by working with all those who contested the primary election with him and lost.

“Iam happy for the victory even though it is the victory for the people. No fewer than 3,000 women trekked a distance of about three kilometers to reach a place where they cast their votes.”

He commended Governor Abdullahi Ganduje for providing the conducive atmosphere to conduct the election.