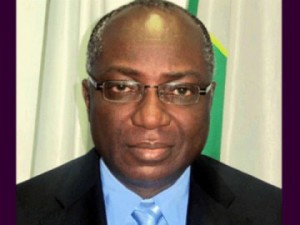 The National Security Council has sent a serious warning to state governments that have planned to register and issue identity cards to non indigenes in their states to stop it forthwith.

The Council, which held a meeting today, presided over by President Goodluck Jonathan, also insisted that no state government should involve in the deportation of non-indigenes.

Imo and other states in the South Eastern part of the country have lately been quoted as planning to register and issue identity cards to Hausa/Fulani people doing businesses in their states, all in an attempt to check the activities of Boko Haram.

Briefing State House correspondents at the end of the meeting at the Presidential Villa today, the Director General of State Security Service (SSS), Ita Ekpeyong, said that such deportation and registration are more dangerous than Boko Haram itself.

Ekpeyong, who was accompanied by the Inspector General of Police, Mohammed Abubakar, said that Nigerians are free to settle anywhere they like.

He said that the Council of State meeting will be held next week to discuss the issues.

“The IGP has told us what was discussed at the meeting, the fight against Boko Haram, the efforts made by government to rescue the Chibok girls and the issue of deportation, registration of Nigerians in states of the federation. We regard this as even more potent than Boko Haram.”

“The Council discussed the reaction by some groups in Kano State and other parts of the country. We observe that this threat was more potent than Boko Haram and could disintegrate the country.

“The Council resolved that the issue of registration of Nigerians anywhere in the country and deportation should stop forthwith. To re-emphasis the importance, the President has attached to this that is why he asked the IGP and myself to address the press. This must stop forthwith.” [myad]