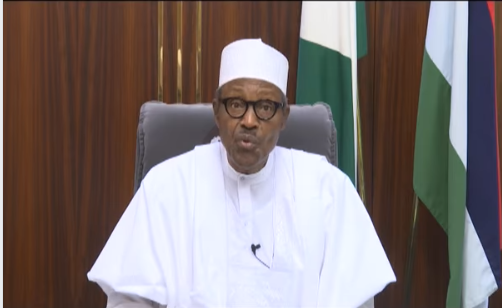 President Muhammadu Buhari has called on Nigerians to come out en masse to vote for the candidates of their choice in the supplementary elections scheduled for tomorrow, Saturday in 17 states.

In a statement today, Friday, by the senior special assistant to the President on media and publicity, Malam Garba Shehu, the President appealed to voters not to get tired of coming out to vote in the supplementary elections, adding: “these elections are no less important than others before them.”

He appealed to voters to vote for the candidates they believe will deliver on promises because it is their “constitutionally guaranteed democratic rights.”

President Buhari dismissed rumours and insinuations that he was forcing voters to elect candidates other than those they preferred.

Describing the rumours as baseless, the President said that at no time did he give instructions that the electorate should vote particular candidates.

“I believe in the will of the people, and I cannot, therefore, put pressure on voters to elect leaders they don’t like.”

President Buhari also called on INEC and security agencies to ensure that the supplementary elections are conducted peacefully and in accordance with the law and constitution.

He assured Nigerians that he is ready to work with elected representatives of the people regardless of party platforms on which they are elected.

President Buhari said that he will work in the best interest of the country and democracy.

He seized the opportunity to thank Nigerians for re-electing him for a second term in office, assuring them that he would never forget their sacrifices in defying harsh weather conditions to vote for him.

“I was deeply overwhelmed by your show of incredible confidence in me, and I will never let you down. Thank you for your sincere show of support for me.”