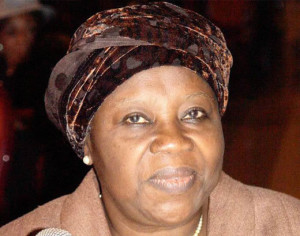 Nigeria Supreme Court has shown an open anger towards a renowned Nigeria lawyer, Dr. Dickson Osuala who has been asked to cough out the sum of N8 million for what the court termed an abuse of the process of the apex court. Dr. Dickson is counsel to Chief Great Ogboru who contested the 2011 Delta state governorship election under the canopy of the Democratic Peoples Party (DPP).

The N8 million, which the court said must come from the personal pocket of the lawyer, is to be shared amongst the Delta state governor, Dr. Emmanuel Uduaghan, the Peoples Democratic Party (PDP); the Independent National Electoral Commission (INEC) and the Attorney General of the Federation. Each of them will get N2 million.

The Supreme Court, in an unanimous ruling today, by seven Justices, said the‎ case instituted by Osuala on behalf of Ogboru amounted to an affront on the nation’s judiciary as well as an abuse of the court process.

The court said that the N8 million is awarded as cost against the person of Dr. Dickson Osuala and is to be paid from his pocket to the respondents.

Ogboru, through his counsel, had unsuccessfully tried to get the Supreme Court to reopen his case challenging the election of Dr. Uduaghan as governor in the 2011 gubernatorial election in the state.

It is the third time the DPP standard bearer will be making such a move. But the Supreme Court panel, presided over by Justice Walter Onoghene, blamed Dr. Osuala for not advising his client rightly and embarking on a clear case of gross abuse of the court‎ process.

The N8 million slammed on Dr. Osuala is for the said abuse and a deterrent to others who may attempt a similar move in future.

The justices further noted that Ogboru, through his counsel, wanted to resurrect a dead and buried horse and warned that this would be the last time such a case should brought before the court.

In a reaction at the end of the hearing, Dr. Uduaghan, through the Secretary to the Delta State Government, Comrade Ovuozourie Macaulay, said the case and all such divisive battles were of God‎ to deal with accordingly.

Uduaghan said that today’s ruling is a vindication that no man can fight God, hoping that Ogboru and his ilk would have learnt a lesson and allow the state to move forward.

“Our case has always been in the hands of God. And like we said, God’s Case has no appeal. That is what the Supreme Court has affirmed today and we hope Ogboru and his people would have learnt a lesson and realised that it is time to allow the state to move forward.”