Home NEWS POLITICS We Went To Chatham House As Team, Tinubu On Why He Asked... 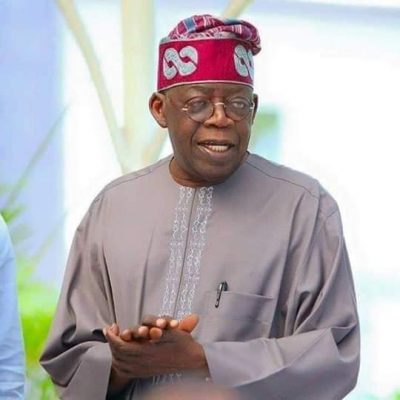 The presidential candidate of the All Progressives Congress (APC), Asiwaju Bola Ahmed Tinubu has said that he and members of his delegation were in Chatham House as a team, which is why he allowed some members of the team to respond to questions posed to him.

Tinubu, who delivered a lecture titled: ‘Nigeria’s 2023 elections: In conversation with Bola Ahmed Tinubu,’ at the Chatham House, said that he adopted the delegation method “to show team-ship”.

After his opening remarks, Tinubu assigned Kaduna State Governor Nasir El-Rufai to speak on how his (Tinubu-led) government would address insecurity even as he also asked the Director of Strategic Communication of the All Progressives Congress (APC) Presidential Campaign Council, Dele Aleke, to respond to the question on oil theft.

Tinubu also delegated a former Commissioner for Finance in Lagos State, Wale Edun, to respond to a question on how he (Tinubu) would boost the economy if elected.

Tinubu said: “Let me demonstrate here one of those philosophies and doctrines that I believe firmly in; it is team-ship, unbreakable team. (it is) to demonstrate that I will assign it to my team.”

Governor El-Rufai, who answered questions on security, said that banditry, terrorism, separatism, and oil theft require a new approach, including increasing the number of security operatives.

“The numbers must change and the Bola Tinubu administration already has a blueprint which is embedded in our action plan to address this. We will scale up the numbers of the armed forces. We’ll ramp up not only the numbers but the training and the equipment,” the Kaduna governor said.

Alake, on his part, answered the question on how Tinubu plans to lift Nigerians out of poverty if elected and also curb oil theft in six months.

“The key to his policy for increasing economic growth is to enable the private sector to make the investment that will increase productivity, grow the economy, create jobs, and reduce poverty,” he said.

Also, Gbajabiamila responded to the question on the strategies of Tinubu on defence, even as the APC national women leader answered the question on healthcare delivery, and how to convert brain drain into gain-gain for the country, amongst others.